Are folding screens the next big thing? 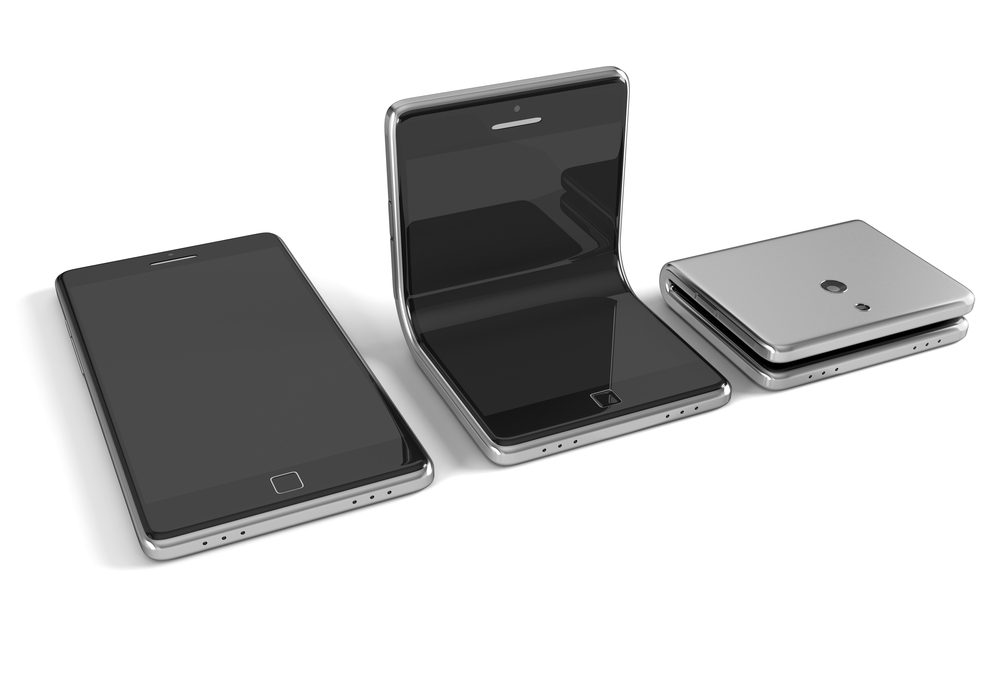 Do you remember the very first mobile phones? And we’re not talking about the huge suitcase-sized models that were only owned by the highest-earning businessmen. We’re talking about the brick-like Nokias and other brands that kickstarted the fad of owning affordable, personal mobile phones in the early noughties.

And then came the original iPhone, launched back in 2007, with many critics and experts pointing towards it being a turning point in the mobile phone industry. For more than a decade, the same design model has been followed by numerous companies, with Microsoft, Windows, Huawei, and others all utilising apps-based phones with a single touchscreen display of varying size.

We started huge and blocky, and then designs tried to be smaller and smaller. And in more recent years, the opposite has been true, with companies pushing larger and larger screen sizes, with minimalistic bezels.

So what’s next? What will the great new innovation be? Well, from industry insiders and a recent device release from Samsung, it appears as if folding phones could be on the horizon. But one thing’s for sure; there are still some kinks to be worked out.

Korean technology giant, Samsung has announced a delay to the release of their upcoming Galaxy Fold device until – as a minimum – next month. This is due to reported problems with the phone’s display, something that is almost certainly going to be linked to the departure from traditional flat touchscreens. This will most likely come as a shock and disappointment to the millions of eager consumers awaiting the official launch date, which was due to be on Friday 26th April. As is the case for many new product launches, journalists were sent ‘review copies’ ahead of time so that they could become familiar with and report on the new folding device. But last week, those who received a Galaxy Fold began reporting problems with the interior screen. According to one report, it was likely due to the hinge placing too much pressure on the screen. However, Samsung have claimed that the problem’s limited to a small subset of devices.

Some users were said to have peeled away a protective film that is not supposed to be removed. However, others have reported breakages simply from using the device under normal conditions. But the firm say that they’ve tested the durability of the folding mechanism over 200,000 times, deeming the robustness of device as acceptable.

Samsung’s device is clearly not just a fad or a risky bet on a potential new technology. It seems as if all mainstream phone manufacturers are getting ready for a new phase in smartphone development, with reports highlighting that Google and Apple are already looking into the technology.

Although those 2 companies have yet to announce devices, there are some more immediate plans for other folding smartphones. The Huawei Mate X is said to be arriving in the middle of 2019, sporting a foldable screen, though it will set you back around £2,000. And the world’s very first foldable smartphones, the Royole FlexPai was launched last November, though it’s less polished and of course belongs to a brand few will have heard of. Motorola, Xiaomi, Oppo, ZTE, LG and others are all at various stages of rumour or development, too.

So, what do you think about the latest leap in smartphone design? Would you be interested in a foldable smartphone that unfurls to mimic the size of a small tablet? Let us know what you think in the comments section below. If you need any help or technical advice for your current device, then get in touch with WiseGuys on 0808 123 2820.