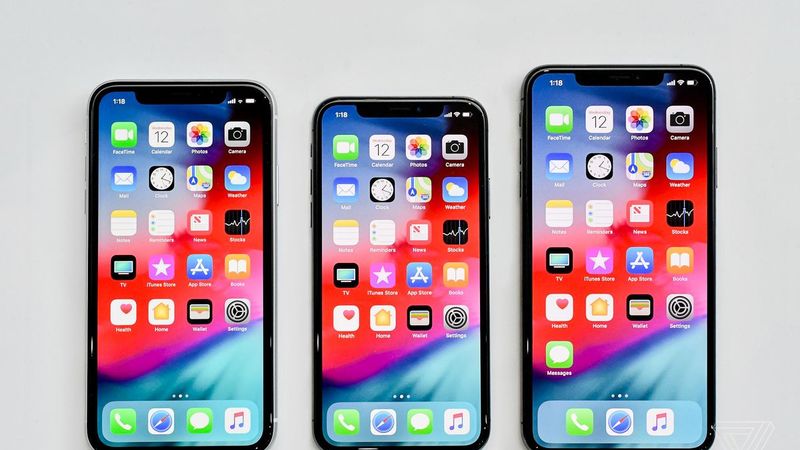 Following Apple's conference this week, the firm has launched its 2 new iPhones, the iPhone XS and iPhone XS Max. Available for pre-order right now, they'll start being shipped from the 21st September 2018. Here's what you should know about the latest models available if you're buying a phone.

After rumours have been flying for months about the new iPhones due to be announced on their regular schedule, Apple has unveiled its newest handsets and has kicked off preorders. The phones available in the 2018 lineup are the iPhone XS and iPhone XS Max. Coming in October, there will also be the iPhone XR, but we'll focus on the first 2 handsets to be announced for now.

As you may have guessed, Apple are looking to improve on the iPhone X, creating its usual 'S' iteration (XS), with the iPhone XS Max being this year's 'Plus' model with a screen at 6.5-inches. Though you'll probably hear people calling it the 'excess', the naming convention has always been the 'iPhone Ten', making this phone the 'iPhone Ten S'.

Here are some of the headline features that you can expect from these handsets:

Since this is an 'S' iteration rather than an all-new smartphone, the design is based on the same concept as the iPhone X, meaning existing cases can still be used. However, the chassis has changed, featuring a new formulation of glass that Apple claims is tougher than previously.

Water resistance properties have been improved upon too, with the resistance rating upped from IP67 to IP68. This means that your phone can survive submersion in up to 2m of water for half an hour. What's more, Apple have tested these properties in soft drinks and alcoholic beverages, not just water.

The screen on the XS is marginally better than the iPhone X, with improved contrast that Apple claims results in improvements in dynamic range. For the XS Max, there's a whole extra inch of screen real estate, making it one of the biggest ever smartphone screens.

There's a brand new processor inside each phone. We could tell you the specifics of the new hardware, but what's more interesting to know is how this translates into improved user experience. Applications should launch around 30% faster, whilst face-mapping technology is more efficient. This means that the emoji features and FaceID are improved on.

Though some people have to have the latest tech whenever a new smartphone is released, the prices are becoming higher and higher each year. This is one of the first phones to break the £1,000 mark for a new handset. If things are becoming too steep for you to keep up with, you could always consider a refurbished phone. Alternatively, optimising the use of your existing handset and battery could help.

If you'd prefer to pick up a refurbished model, WiseGuys may be able to help. You can get in touch with us on 0808 123 2820 to discuss booking a battery replacement in for your old phone, or checking out our refurbished stock.