Always Dropping Your Phone? Apple’s Next Idea Could Help You 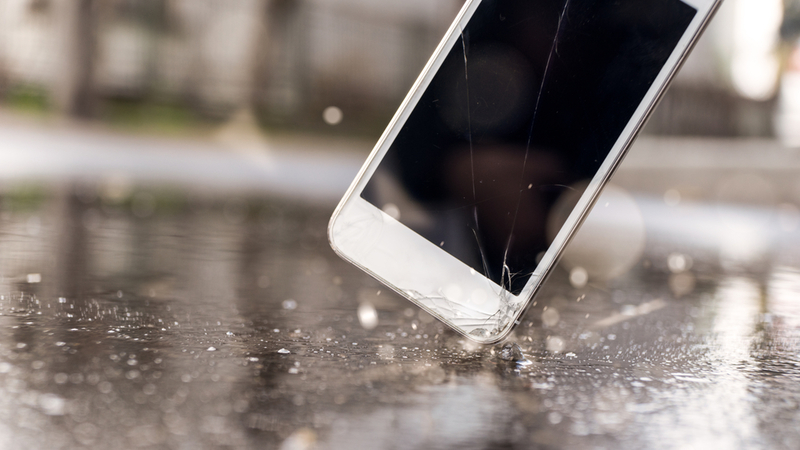 If you’ve never dropped your smartphone and destroyed the screen, then you’re likely in the minority of smartphone owners. One minute, you're browsing the internet with one hand or trying to pull off a selfie from an obscure angle, and the next moment your phone has slipped through your fingers and is hurtling towards the ground. Nothing is as anxiety-inducing as plucking your phone from the ground to see whether your screen has survived the fall.

Most of us protect our phone with a case, though unless you’re using something thick and bulky, it likely won’t offer much protection to the iPhone. Given how attractive handsets are becoming, it’s a shame to have to hide them away under layers and layers of silicone.

Well, the good news for iPhone owners is that Apple is currently investigating the potential to implement a feature that could save your smartphone from a devastating fall. The smartphone giant, based in California, is considering implementing an intelligent shock-absorbing feature in its future iPhone models, even if the device isn't being protected by a case.

Apple have filed a patent with the US Patent and Trademark Office, which depicts shock absorbers extending from the body of an iPhone. According to the details filed with the patent, the design will utilise motion sensors built into the phone to sense when the device has been dropped.

Using these sensors, the iPhone should be able to begin bracing itself for a ground impact; similarly, proximity sensors on the exterior of the phone will help to determine where the device will make impact, and trigger the appropriate shock absorbers to deploy.

The intention is that the shock absorbers will either bear the brunt of the impact entirely, or at least deflect the point of impact away from the screen, saving you the cost of replacing this often-expensive component.

Is this a new idea?

We certainly aren't aware of any other devices that use such a built-in system, and given that Apple are now registering the patent, it's clear that they're keen to lock down their idea. Still, this doesn't necessarily mean that the feature will ever make it onto the production line, particularly given that the company has been known for shrinking their devices, even going as far as removing the 3.5mm headphone jack in more recent models.

Additionally, this isn't the first time that Apple has patented a system to stop iPhones from being damaged when dropped onto the ground. Previously, the company has published a patent for a system that would automatically flip the iPhone upright when dropped, to prevent it from landing face-down. However, as we know this has not yet made it into any iPhone designs currently on the market.

Though there may be few other devices out there with similar ideas, there was some recent media coverage of a design student based in Germany, who has created a phone case that he calls an 'airbag for smartphones'. This case employs a similar design to protect your phone when it's dropped; however, unlike Apple's patent that appears limited in its protection, the student's case offers 360-degree protection from the ground.

Eventually, most of us will drop our smartphone, and if you’re one of the unlucky few, you’re probably going to need a new screen. You should be careful about who you approach to carry out this repair; though some unofficial high-street stores may seem cheap, you can end up with a shoddy knock-off that offers less responsive touch and that is prone to damage.

If you need a smartphone screen repair in Bournemouth or Christchurch, WiseGuys is a Which? Trusted Trader who you can trust to carry out your repair with official parts and a speedy service. We can repair screens while you wait, or you can come back after doing the shopping.

Either pop in store in Bournemouth or Christchurch, or give us a call on 0808 123 2820 to enquire about or arrange a repair.