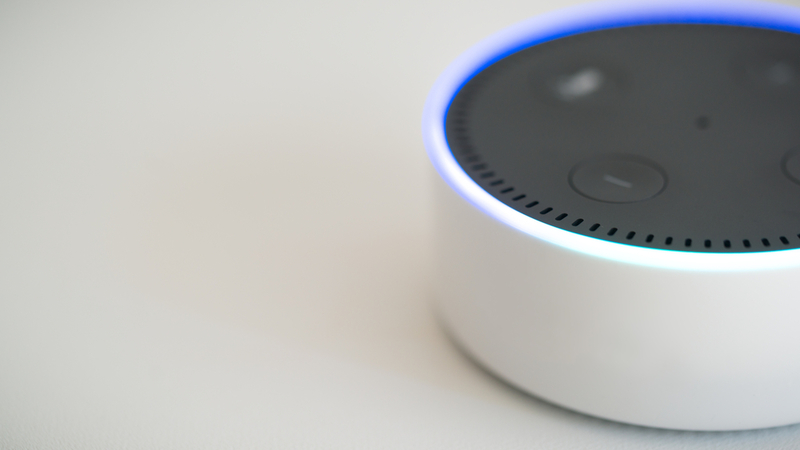 Amazon already has a competitive portion of the smart home device market, with the Amazon Echo. There’s also the smaller, more compact Echo Dot; the speakers are smaller and less powerful, but the functionality is essentially the same. Though the Echo and Echo Dot have a range of games built in, powered by the voice of Alexa, the range is limited. Aside from playing music, there's not always a great deal to keep the kids entertained.

However, the retail giant has now announced an updated version of the Echo Dot, called the 'Echo Dot Kids Edition', which also comes in a range of funky colours. This new device might be just what you need to help keep the kids distracted when you’re busy.

Though the Echo Dot Kids Edition hasn't yet been released for sale, it can be pre-ordered ahead of its general release to the public on the 9th May. Across the pond, it's touted for a $79 price point, as opposed to the $49.99 price tag for the regular Amazon Echo Dot. It also includes a year's free premium subscription to the new service created by Amazon, called 'FreeTime'.

The higher price point might have you questioning what's changed between the original Dot and the Kids Edition; the biggest benefit is the new FreeTime service as mentioned above, which is a parental control feature that is super-useful for parents of young children.

This service comes in two different tiers, one being free, and the other costing as little as $2.99. Either of these subscriptions essentially transforms your Alexa assistant into your very own live-in nanny, which Amazon claims is suitable for children around 5 to 12 years of age. The various features built into FreeTime help to keep your kids entertained, whilst preventing actions you wouldn't want your kids to carry out. For example, you can limit the built-in shopping commands so that the kids can't order products without your knowledge. Or, you can prevent access to certain songs that could contain offensive lyrics, as well as audiobooks. You can also set the number of hours of use that the kids can get out of Alexa, before it prevents further access.

However, there are other differences in your personal assistant between the original Echo Dot and the Echo Dot Kids Edition. Some of the built-in features have been altered to better suit a young audience. For example, when FreeTime is switched on, Alexa will tailor her vocabulary to be more simple and understandable by less-developed minds; she'll also provide longer and more comprehensive answers to questions, for learning purposes. What's more, she'll be better-able to understand mispronounced words and still deliver meaningful responses. Finally, if you’re trying to encourage your kids to learn proper manners, you’ll love the ‘Magic Word’ feature that encourages kids to say ‘Please’!

All the above-mentioned details are included as part of the free tier subscription of FreeTime, though as mentioned, there is a premium subscription, too. If you choose to pay for this tier, then you gain access to over 300 audiobooks, alarms and other Alexa skills customised for young children.

Is it worth upgrading?

If you’ve already got an Amazon Echo Dot, and you have young kids at home, then it could be worth making the switch to an Echo Dot Kids Edition. What you should remember is that Alexa doesn’t discriminate against voices, meaning that anybody who can talk can activate her. So, it could be useful to have the parental controls to prevent your kids from ordering an unwanted pizza or an Uber.

As with any article that we produce on smart home devices or features, you should be aware of the benefits that they can bring to your home, such as controlling your lights remotely. However, their general security is still in question, as the technology is so new; many people fear that the growing number of IoT (Internet of Things) always-connected devices is a major security risk to our homes.

What do you think? If you’d like to discuss any of the devices you have in your home, then you can speak to WiseGuys support on the phone by calling 0808 123 2820.