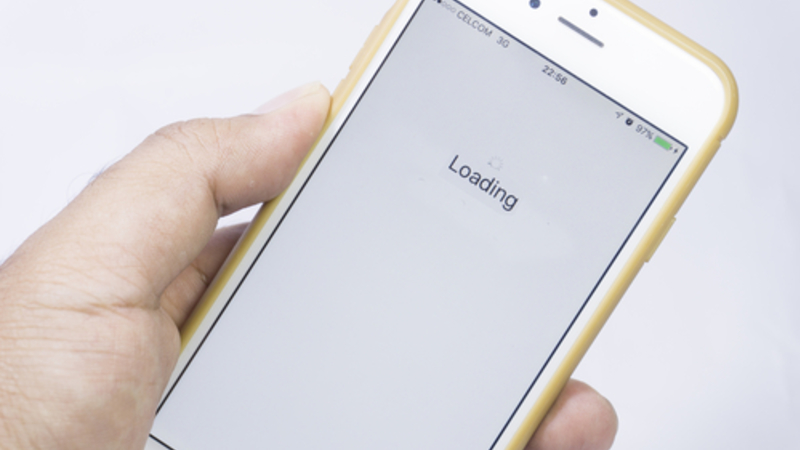 For years, consumers have been swearing by their older iPhones becoming slower as they age; applications starting up more slowly, keyboard and touchscreen inputs slowing down, and batteries shutting down, despite reading 30 or 40% of charge remaining. All these issues were only rumour and speculation until recently, when Apple finally admitted that it does indeed intentionally slow down older devices, from the iPhone 6 models and later.

The press release confesses that an update was stealthily rolled out in the background last year to protect users against problems that can begin to appear only when an iPhone battery grows old. So, this issue more relates to the battery within your aging handset, rather than the handset itself.

Why are Apple slowing down old batteries?

Apple have admitted that this is a feature that was implemented on models of iPhone including the iPhone 6, iPhone 6S and iPhone SE in 2016, during an update to their operating system (iOS). It was also rolled out to the iPhone 7 in December 2017, when Apple released iOS 11.2. What's more, they fully intend on pushing the same update to newer devices in future, which will likely mean the iPhone 8 and X, and models beyond that.

Their justification for releasing this software update was explained as being down to problems where iPhones would shut off unexpectedly, due to problems that they said could affect batteries that are old, have low charge, or are cold. They explained that when a battery meets one of these conditions, it is likely to encounter issues where it cannot provide enough power to the phone when the processor is running at full or near-full speed.

If this happened, then one of the affected handsets could shut down instantly, in the middle of running an application with high processing power requirements, such as games or device-connected apps, or video. As a result, Apple’s software update slows down the phone’s processor, preventing it from peaking as high as it could previously. Apple had this to say on the software change:

“Last year we released a feature for iPhone 6, iPhone 6S and iPhone SE to smooth out the instantaneous peaks only when needed to prevent the device from unexpectedly shutting down during these conditions,” said an Apple spokesperson. “We’ve now extended that feature to iPhone 7 with iOS 11.2, and plan to add support for other products in the future.”

Why is this such a controversial issue?

There’s much debate going on over this issue; in fact, at the time of writing, two lawsuits have already been filed against Apple for intentionally slowing down older hardware. Though Apple’s comments would suggest that they made the change to benefit users, there are others who believe it is a step towards something that we call ‘planned obsolescence’ in the tech world.

As a consumer, you might think that all your technology purchases are driven by your own choice. That said, planned obsolescence could take that choice away from you by forcing upgrades of your hardware. This term literally means the intentional push towards the end of a product’s lifespan, by making it obsolete. This can be achieved by introducing factors that will eventually make the product unusable, which could be anything from the use of non-durable parts in construction that are destined to break after several years, or the halt of any supply of replacement parts for a product. It’s not an issue limited to just smartphones; other devices could be affected, such as laptop batteries, too.

Though Apple have provided their own reasoning for the change to handsets running older batteries, some consumers have taken this admission as confirmation that Apple are intentionally slowing down their older handsets to force sales and corner consumers into having no choice but to upgrade.

Can I do anything to speed my phone up again?

Though having the manufacturer force a CPU (Central Processing Unit) slowdown sounds like the end of the world, there is in fact a way around it. This software change will only kick in when your battery meets the expected conditions outlined above. This means that you can in fact restore your phone to its former glory by replacing your battery.

Apple charges around £79 to replace a battery if your phone isn’t under one of their warranties, though this isn’t the only avenue that you can follow to get a new battery for your device. WiseGuys replace iPhone batteries from £34.99, and can complete the repair the same day!