Apps on Play Store Revealed to be Loaded with Spyware 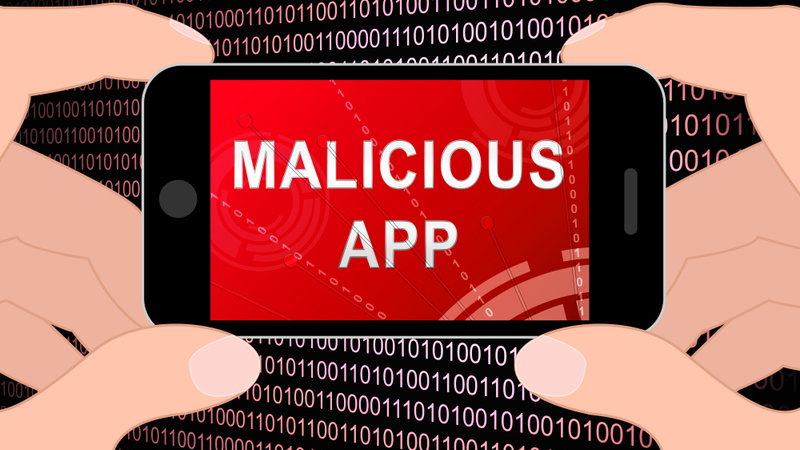 When you download an application from an app store, you're at the mercy of the software developers if they should choose to include suspicious software designed to harm you or your device. Fortunately for Apple users, this kind of practice is relatively uncommon with iPhones owing to Apple's incredibly strict controls around their own App Store.

However, it has long been accepted as truth that Android devices are more open to attack. The Android OS (operating system) allows developers far more freedom in the development of applications, as well as allowing users to download apps from third-party sources. As a result, from time to time we see stories such as this one.

According to an announcement by Google, the owners of the Android OS, 145 applications on the Google Play Store were loaded with hidden malicious files, designed to attack you and your computer. Though many of these applications were niche, some of them have already been downloaded hundreds of times by unsuspecting users.

Google has already acted to remove the offending applications from their app store, but the software could still be lurking on the devices of those people who have already downloaded them to their smartphone or tablet.

What does the malware do?

Malicious software is often abbreviated to the term malware, which is what we're dealing with here. Malware can have a range of purposes, depending on what it was designed for. In this case, the offending applications won't harm your Android device, but rather the malware has been designed to infect a Windows PC as soon as an infected device is plugged in via USB to charge or for the transfer of files. Once connected, the virus could infect your Windows machine.

The virus in question could record keystrokes on your computer's keyboard, meaning that all the keys you press are recorded and transmitted back to a third party. If you're inputting personal data such as passwords or credit card information, this could all be captured by the keylogger software.

Which applications are affected?

Despite having been removed from the Google Play Store, it’s still worth knowing what applications were affected at the time so that you can act if needed. Though there are too many applications to list out here, you can easily find out which ones were a problem by performing a quick Google search and heading to the brand’s website. These apps were very niche and not well-known by any means, so chances are you probably haven’t encountered them before. Still, it’s better to be safe than sorry.

Have you downloaded one of the apps?

If there’s a chance you’ve downloaded one of these applications before, then it could be worth a pre-emptive change of passwords for your major accounts, such as financial accounts, email inboxes and social media. Even though the likelihood you’re affected could be quite low, there’s nothing to lose from acting in this way if you’ve previously downloaded one of the apps.

Otherwise, if you haven’t used them before, there should be nothing to worry about. Similarly, if you’ve never connected your Android phone to a Windows PC or simply don’t own a Windows PC, then likewise you should be fine.

If you’d like any further advice or tips on keeping yourself and your devices safe, then you can speak to our experts at WiseGuys by calling us on 0808 123 2820.