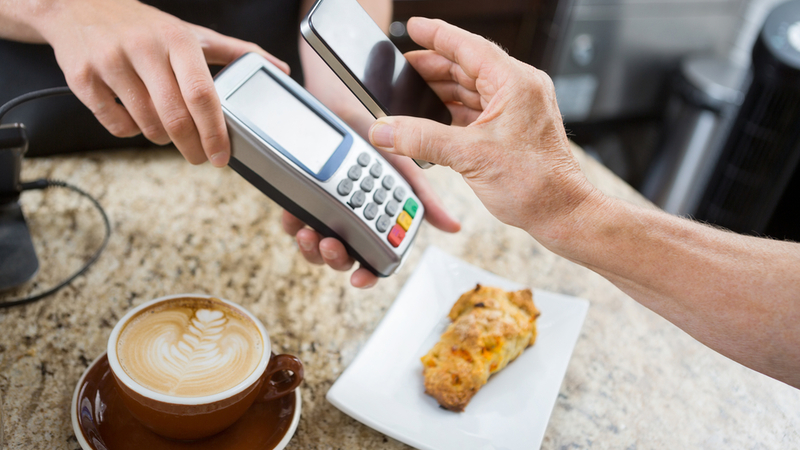 Concerned About Paying with your Mobile?

How we access and spend our money is constantly evolving, bringing us not only greater convenience, but greater security, too. First, we switched from wallets and purses stuffed with coins and notes, to using swiped cards coupled with signatures. Then came the evolution of Chip and PIN. Now, with the dominance of smartphones, you don’t even need to carry a card with you when you pop out for a loaf of bread or a paper.

This is the nifty name given to the technology that allows us to pay for products using just our mobile phones. You’ll need a reasonably new model of phone to use this gadget, but it’s well worth the investment for day to day convenience.

The concept involves setting up a card, or multiple cards, for use with your phone. Then, when you reach the cashier, rather than handing over your coins and notes, or inputting your card and PIN, you’ll simply tap your phone against the card machine in a much more efficient way.

Depending on the phone that you use, there are different applications (apps) available on your phone to handle payments.

These apps are of course owned by two of the largest phone manufacturers: ‘Apple’, who produce iPods, iPhones, and the Mac computer, and ‘Samsung’, who focus on Android handsets and other electrical goods.

Known as a ‘digital wallet service’, these applications hold an imprint of your debit card, but not the card details themselves. By authorising the transaction at the point of service, you can pay for a limited amount of goods by tapping your phone to the merchant’s card machine. We call these ‘contactless payments’, because they don’t actually need to make contact for the payment to go through.

You might’ve seen some brand name stores adopt their own payment apps. Tesco recently launched ‘PayQwiq’ and Starbucks have been running with their own phone-based loyalty card system since 2009, allowing customers to now top up their Starbucks app with cash and use it to pay at a discounted price for their coffee.

Why are Mobile Payments Secure?

Sure, you might be concerned about security with a new method of payment, but these new technologies are offering us not only greater convenience, but also further and greater protection to our money than ever before, and here’s why.

Setting up a new card to work with your phone is super secure. To comply with Financial Services regulations, the card data isn’t even stored on your phone after it has been registered. What’s more, the setup process usually involves you having to speak to your bank over the phone, not to mention knowing the passcode to your phone in the first place.

To make a payment with one of these applications, a would-be thief would have to get past your phone’s fingerprint scanner or security PIN, first. Although Samsung only require a PIN code for transactions between £30 and £100, it still limits the damage that can be done, as people lose their phones far less often than they lose their debit or credit cards.

Apple Pay won’t allow you to spend more than £30 in a single transaction. Samsung allow up to £100. Even if somebody managed to get hold of your phone and access your stored payment card, the worst that they could do is make a number of small transactions. As most expensive products targeted by thieves exceed these limits, it would be likely to put people off.

What’s more, banks nowadays have intelligent systems in place that can detect unusual spending. If somebody were to process multiple contactless payments in a very short space of time using one of the above methods, your bank may well freeze your account until they had spoken to you.

The Minor Drawbacks of Mobile Payment

With spending limits in place, you’ll still need other means of payment with you for those more frivolous purchases, large family food shops or visits to a restaurant. You also wouldn’t want to be caught out with a flat battery just when you’re heading for the tills. Lastly, as this is a fairly new technology, there are still some retailers lagging behind the trend. You’ll probably find that many privately-owned petrol stations or newsagents, for example, have not yet adopted this tech.

In the end, it’s important to think of this technology as a modern convenience, but not a complete replacement for money or for your debit card. So, the next time you’re heading out for a coffee or to pick up a newspaper, why not download one of these apps and give it a try?

If you’d like any more advice on getting set up for contactless payments, we’re only a phone call or email away.