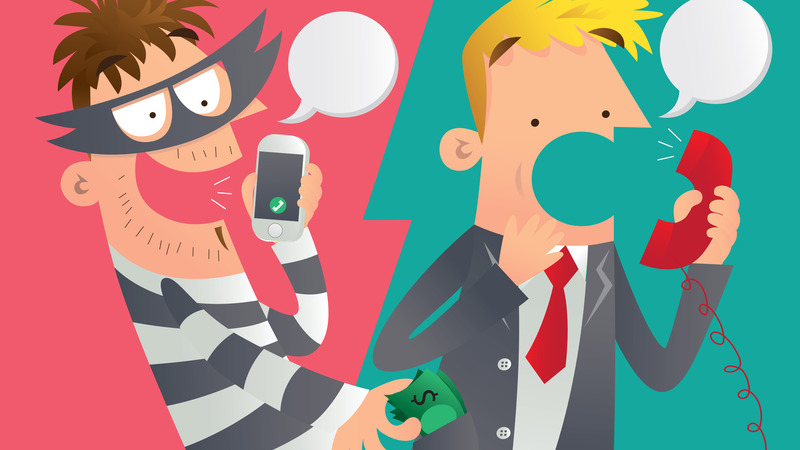 Here at WiseGuys, we always try to make you aware of all the latest scams to arise, so that you can keep hold of your hard-earned cash and avoid becoming another statistic. If you've read our previous updates, you'll no doubt have seen many cases of unfortunate victims falling victim to scams that seek to empty their bank account. Unfortunately, in such cases banking institutions don't always play ball, passing the blame onto the customer and refusing to refund lost money.

Indeed, there are plenty of measures in place these days to protect customers' bank accounts, such as two-factor authentication and automated flags that can immediately highlight unusual activity to a bank in order to prevent fraud. However, these measures don't always work. And even when a customer has been a victim through no wrongdoing of their own, banks will still often refuse to reimburse the customer for lost money.

A scammer managed to pilfer over £4,300 from the account of a customer belonging to the Royal Bank of Scotland. Incredibly, the customer was not the person who authorised the transaction; in fact, the scammer managed to impersonate her on a phone call. What's more, the bank failed to notice an incorrectly-answered security question.

Charlotte Higman was left out of pocket to the tune of £4,318 when a fraudster impersonated her on a call to the Royal Bank of Scotland. The impersonator supposedly requested an banking account reset in an attempt to access Ms Higman's account, and in following usual protocol, the bank requested to call back on a known phone number – her landline. However, the line had been deviously diverted to a scammer's mobile phone, meaning the call never made it through to the genuine customer.

Amazingly, the member of staff at RBS apparently failed to notice that the scammer failed a basic security question. And even more surprisingly, the call was said to have been internally flagged as a potential account takeover. Despite these blatant failures in basic fraud prevention, the scammer wasn't identified and a transfer of over £4,300 was authorised. It was only after an attempted second transaction, and yet another failed security question, that the caller was identified as an imposter.

Refusal to reimburse the customer

Ms Higman reported the theft from her account to the Police, who informed her that her home phone line had been diverted to another unknown mobile number. This led the bank to believe they'd been speaking to the real customer, although records subsequently showed that the scammer on the call failed a voice recognition test. Because the bank believed the call to have taken place on the landline registered to the account, they refused to reimburse the lost money for over a year.

The customer took her complaint to the Financial Ombudsmand Service (FOS), a service that provides impartial second opinions on complaints that have not been found in favour of the customer by financial institutions. However, the FOS also found against Ms Higman, meaning she was still left out of pocket with nowhere else to turn. It was only after the media got involved with the story that the bank agreed to refund the full amount to the customer.

Banks place onus on you to protect your account

As scams are growing more and more frequent, and banks are introducing more layers of security to protect their customers, the onus is being heavily placed upon the customer to safeguard their account. By introducing so many additional security measures, banks put themselves in the position where they can blame the customer and avoid a payout. Although a scammer impersonated the customer in this example, that's not always the case. In many cases, a fraudster convinces a customer to hand over a code from their secure, two-factor text message, or finds a similar way to falsely gain trust and circumvent security measures.

In any case, it's clear that you can't always rely on a bank to refund your money if you fall victim to a scam, so it's essential that you're always on high alert for any unusual activity surrounding your accounts.

Make sure you're using two-factor authentication on your accounts, financial or otherwise.

Never hand over any of your personal details to a caller that you don't recognise.

Make sure that you hang up from an unknown, inbound call and call the bank back on an official number.

If you need any more advice on keeping your accounts secure, then get in touch with WiseGuys on 0808 123 2820. We can provide information on how to get set up with two-factor authentication, too.