Google’s Voice Assistant is Getting a Makeover 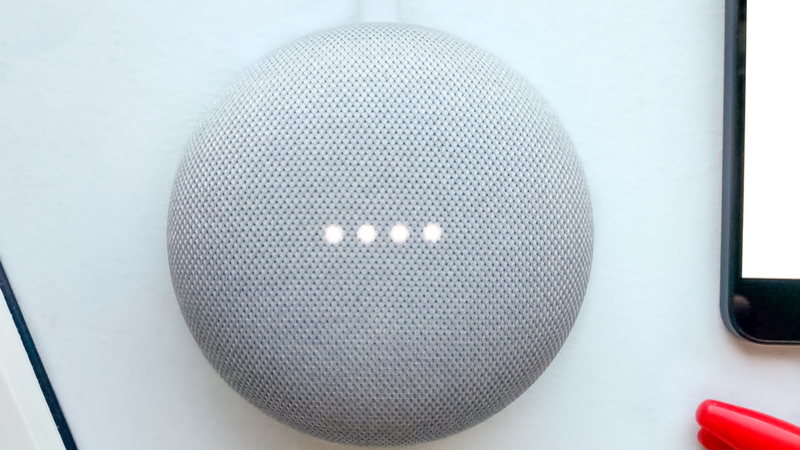 Google's voice-activated Assistant has been continually improving and is now the main driver of the Google Home product, which has enjoyed vast success in the UK and abroad. With the Assistant, you can control a range of home functions by voice, including light switches, music, your TV and more. You can also use it to perform various functions on your Android mobile devices, too.

Well, the Assistant feature is set to become even more advanced, based on announcements made at Google I/O this month. Held earlier this week, Google I/O is the annual developer conference put on by the company in California each year, and has been running since 2008. Below, we’ll look at one of the most impressive announcements, Google Duplex, as well as some other exciting news.

Google Duplex, announced this week at Google's developer conference, will make your restaurant and salon appointments for you. At least, that's the functionality that was shown off to crowds in California, with a great level of success. With a voice indistinguishable from a real human, the Assistant was able to hold a full conversation and make a booking through to completion, even whilst the human speaker was using incomplete or imperfect sentences. This is already a marked improvement on the Google Home voice that can often misunderstand questions and sentences.

Google have highlighted how this functionality can help those with hearing impairments to make appointments or carry out other tasks over the phone. Although the feature’s abilities are limited to specific scenarios, it’s likely that the supported range of functionality will increase in future as the technology advances further.

What else is new?

In addition to the revelations about Google Duplex, there were numerous other exciting announcements made during the conference. Below, we’ve listed 3 of the most interesting and useful additions coming soon to your phones and other devices.

As you may know, Android versions its operating system both by numbering and naming them; we’re currently on Android 8, otherwise known as Android Oreo. Next up will be Android 9, or Android P. Though we know that the naming convention will use a ‘P’, we don’t yet know after which food product the operating system will be named.

The new operating system will have a revitalised and refreshed appearance, doing away with the traditional three-button navigation system that has been in place for years. Actions are streamlined, with switching between multiple apps following a gesture more like Apple’s smartphone products. There’s also a new dashboard menu that helps to show how much time you’re spending on your phone, the number of notifications received, and so on. We’re likely to find out more about this version of Android as development progresses, but for now there’s likely much to be disclosed.

If you’re already using Google Assistant, then you’re probably very much used to the default voice. However, in future, you’ll have the option to select from a range of new Assistant voices. In addition to the existing voice, which Google call ‘Holly’, you’ll have access to six more personalities. According to the company, one voice profile coming later down the line in 2018 will be John Legend.

Google Maps is another service that will soon be changing when used on your smartphone as a navigation aid. Working out which road you need to take isn’t always easy, and judging distances can be tricky. Well, if the technology announced at Google I/O is as good as it looks, then you’ll soon have augmented reality to support your directions through Google Maps. By pointing your camera towards the direction indicated on a route, you’ll see interactive elements and virtual characters guiding you along the way in real-time.

What do you think about Google Duplex and the voices coming to the voice assistant? Google have been criticised for not disclosing the real identity of the AI caller, but this feedback has already been taken on board and the company promises that the Assistant will identify itself in future.

If you have any questions for WiseGuys or would like help in getting your own Android device set up with Google Assistant, then you can reach us on 0808 123 2820.