Horizon Forbidden West comes out today: everything you need to know 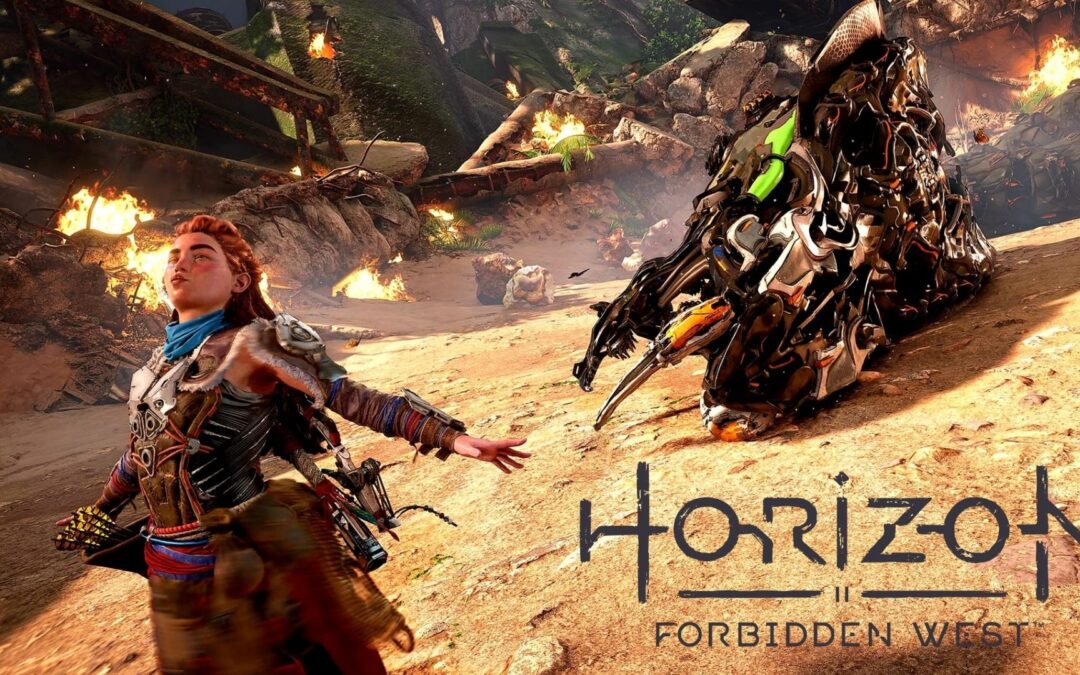 Horizon Forbidden West comes out today on PS4 and PS5, which contains a new chapter of new adventures of young protagonist, Aloy.

The Guerrilla Games production puts you in the shoes of an Aloy never so many-sided and engaging, making you live an adventure where the views as far as the eye can see are the masters at work, and where many objects and characters are alive and moving on the screen at the same time.

The world has overcome the threat posed by AI Hades, yet Aloy has no time to enjoy the honours of battle. The planet’s terraforming system is in fact compromised and this has caused the appearance of a new plague that once again threatens the survival of life on Earth. The only hope is therefore to recover a copy of Gaia, the artificial intelligence at the basis of the Zero Dawn project that has allowed the rebirth of the current biosphere.

With the original Gaia now out of action, Aloy’s mission is to once again explore the remains of the past to find a way to put the situation back on track, thus avoiding the environmental disaster that would lead to the inevitable destruction of the already precarious life on Earth.

What are fans saying about the new game?

Dario Splendido, Game Design student at Bournemouth University, live-streamed the game yesterday on his PS5. He says: “I am still on the early stages on the game, but what I can see so far is the fact the 3D art and gameplay setting finally shows all the potential of the PS5.

“The gameplay and commands are very smooth and the implementation of the dual sense wireless controller is optimal.”

Dario was one of the gamers who pre-ordered the game, which gives them access to digital bonuses: Nora Legacy outfit and Nora Legacy Spear, which can be found upon code redemption.

Curious to see the gameplay? You can see the live stream on Dario’s profile.

Do I need to have played the previous games?

As it is clear from the beginning, the plot of Forbidden West is strongly linked to that of the first chapter. Although it is not recommended, but suggested to enjoy the game fully, to approach the series from here the title tries to summarise the salient facts of Horizon Zero Dawn in the first few minutes, giving the player a basic smattering that will allow to understand the fundamental points of the previous chapter and to tackle the plot of Forbidden West with greater knowledge of the facts.

Where can you buy it?