How to Choose an SD Memory Card 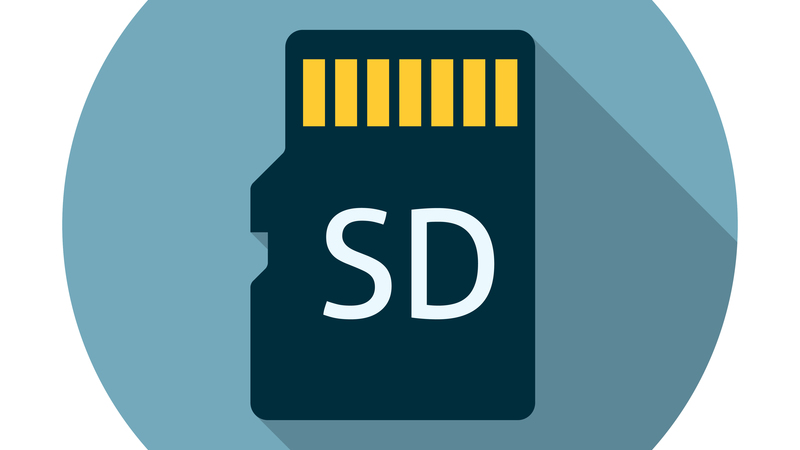 When it comes to physical storage space on your Android smartphones and tablets, or indeed any digital cameras that you own, you're likely familiar with what an SD card is. An SD card (Secure Digital card, unabbreviated) is the primary storage method for many mobile devices, though the type of card required can vary from one device to another.

Not all devices can support an SD card; for example, Apple’s iPhone and iPad range have no memory card slot, which is one of the main differentiating and limiting factors when comparing Apple devices against Android devices of a similar specification. Though not necessarily a requirement for being able to run a device, having an SD card fitted in a compatible device means having more space to store music, files and photos, so it's definitely worth picking one up if your device supports it.

There are many cards to choose from, though generally speaking they look nearly identical. So, we'll look at three of the most crucial factors to take into consideration when choosing which SD card to buy, which are the speed class, the physical size of the card, and the storage capacity.

Despite looking almost identical, not all SD cards are built the same; some are faster or slower than others, and this comes down to their speed class. This is perhaps the most important point to bear in mind, as although many people are aware of the physical size of the card that they need, as well as the storage capacity, the speed rating is less commonly discussed.

Some tasks require faster SD cards than others. For example, if you're rapidly shooting photographs in a high-speed environment and storing them in high-res., then you'll need one of the fastest cards available. The same can be said for recording and storing video files. However, on a smartphone with a rarely-used camera, the speed rating would be less important.

There are two additional classes, rated 1 and 3, but these are typically reserved for professional use and are very expensive. When it comes to your typical consumer card, speed class can be determined with one of 4 different ratings: 2, 4, 6 or 10. The slowest SD cards have a rating of 2, whereas the fastest cards are rated 10. In most cases, you’ll be fine with a class 2, 4 or 6 inside of your Android phone.

Much like USB memory pens and computer hard drives, SD cards come with varying levels of storage, with the more capable cards costing you more. However, there is another factor to consider; you can get both 'SD Standard Capacity' cards (SDSC) and 'SD High Capacity' cards (SDHC). The former type support sizes of 1GB to 4GB, whilst the latter type is newer and supports around 2GB to 32GB sizes. A newer format called 'SD Extended Capacity' (SDXC) goes all the way up to 2 TB, though finding devices compatible with this standard is more difficult.

The size you need will depend on a number of factors, such as the number of photographs and videos that you take and store, as well as the number of applications that you actively store and use on your phone. You’ll know what sort of usage your phone gets, but if you’re the type of person to snap constant photos of you, your family and friends, then you might want to consider a larger card.

There are 3 main types of SD card when it comes to the physical shape and size, including standard, miniSD and microSD. As the name suggests, the standard type of card is the largest of the bunch, measuring around 32x24x2mm. The majority of digital and DSLR cameras use the standard type, but you'll be unlikely to find a phone that can fit one of these cards.

The miniSD card type is smaller, at around 21.5×20.1.4mm and weighing under half of a standard SD card. These were originally designed for mobile phones, though as soon as microSD cards were released, miniSD cards stopped being used nearly as often. Much like the standard SD card, you’ll likely not find any modern phones choosing to use the miniSD card, as manufacturers are increasingly focusing on ways to make phones thinner and more lightweight.

Finally, we have the microSD card. This type of card is the smallest SD you can buy at the moment, with dimensions that come in around 15x11x1mm. A microSD card weighs in at around one-eighth of the size of a standard SD card. They're the top pick for manufacturers of most modern smartphones and tablets.

Don’t know what card you need?

If you’re not sure what type of SD card your device requires, or you just can’t find the slot to place it in, then you can get in touch with WiseGuys on 0808 123 2820. Our support agents will be happy to provide advice on the type of card suited to your advice, as well as where to find them.