How to Move Your Data From Android to iPhone 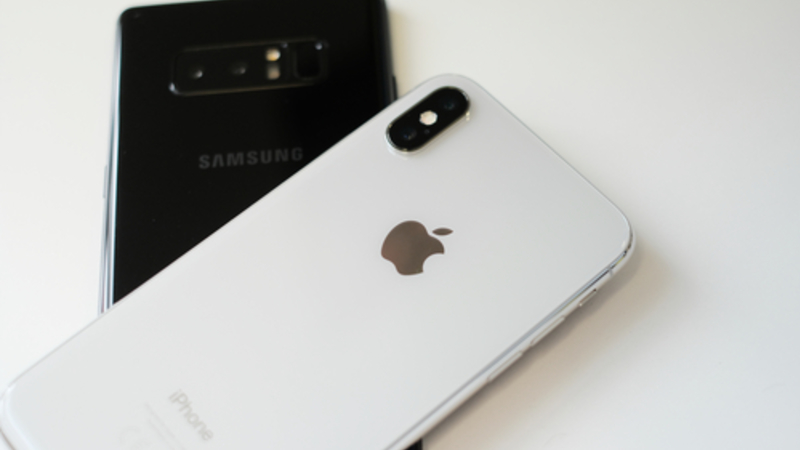 How to Move Your Data from Android to iPhone

We recently published a guide on how to transfer your iOS data to Android, in case you’re picking up a new Samsung or Google smartphone. Today, we’re looking at the opposite; how to move all your important Android media, contacts and apps across to an iPhone.

Despite the platform difference, it’s really very simple to migrate in this direction. Thanks to Google’s cooperation, there are numerous ways to make the move.

It’s worth highlighting this application first, which was put out into the wild by Apple when iOS 9 (Apple’s Operating System) was released. This easy to use application can literally transfer all your contacts, messages, photos, videos, internet bookmarks, email accounts, calendars and wallpapers, from an Android device to an iPhone. Any songs and movies not protected by copyright licensing (known as DRM) can be moved in this way, too.

The ‘Move to iOS’ application is available on the Google Play Store, which is the only way that transferring your data in this way could be made possible. This is a notable feature and a bonus for users making the switch, given the competition between Google and Apple.

However, should you prefer to take a different approach, we’ve outlined the other ways that you could migrate your data, below.

Migrating your Android music, photos and videos to iOS

If your music comes from files stored on your device, as opposed to a music streaming service such as Spotify, then you can transfer your music across to your iPhone. The first step is to get those files onto a PC or Mac, and thankfully this is usually as simple as opening the external storage and then dragging the files across to your hard drive.

Next, you'll need to ensure that you've downloaded the official iTunes application for your computer from the Apple website; it's a free download. When opening the program, you'll find an option to import music. Alternatively, you can drag and drop those files into iTunes, too.

Finally, simply connect your iPhone to the computer with all your music on and then click the ‘Sync’ option within iTunes. This will import the music onto your new iPhone device.

This straightforward process of using iTunes also applies to photos and videos stored on your Android phone. All these media types can be dragged and dropped between devices. However, for photos and videos, you could also use a free app like ‘Copy my Data’ or similar, which does the job for you. The only drawback is that you’ll need to first download this app on your Android phone.

Downloading your applications and logins

Much like the iOS to Android journey, transferring your apps in the other direction has no quick fix. Pull out the pen and paper, and make a list of all your much-loved applications. Though you'll have to buy your paid-for apps again, the good news is that your personal logins and accounts should work across both platforms. This means that although you’ll lose paid-for apps, you won’t lose subscriptions, and other logins such as bank accounts or fitness trackers should work, too.

One thing to bear in mind is that Android allows third-party developers a little more freedom than Apple. This means that some application functionality that exists on the Google Play Store may not be compatible with an iPhone, and so there may be no alternative.

Migrating your Android contacts to iOS

One of the easiest ways to go into your old Android phone's settings menu and tap on 'Accounts and Sync', before inputting your Google account details. This will synchronise your internal contacts storage to your Google account, which can then be added to your iPhone through the iPhone's settings menu. Specifically, go to Settings > Accounts & Passwords > Add Account (iOS 11), then select the Google option.

Alternatively, much like other media, you can use a tailored application, or you can swap SIM cards (more on this below). There are other, more complex ways, but the above is by far the simplest process.

Much like Android, the essential functions are all covered on iPhone. Your Messages and Email apps are still titled the same, though you'll be browsing with 'Safari' by default, and all your apps will come from the 'App Store’. For video calling, it’s ‘FaceTime’, and finally, though Apple have their own maps and navigation software, many people still opt for the power of ‘Google Maps’.

Before you’re done and start using your phone, bear in mind that you might need to remember to set up other common features, such as parental controls, or Apple Pay (as opposed to Android Pay) for contactless purchases.

If you run into any roadblocks when attempting to migrate your data and media, then there are other routes that you can take, such as importing contacts from your SIM card. That said, these are slightly more complex and could lead to loss of data if a SIM is damaged.

Additionally, from time to time, Apple and Google update their operating systems, and the location of specific settings can vary, or the names change.

The above scenarios are just examples of what we can help to walk you through, and get your iPhone up and running. If you’re unsure about anything outlined in this article, or you do run into issues, then we recommend getting in touch with WiseGuys on 0808 123 2820.