How to Stream Content on your TV Using Chromecast 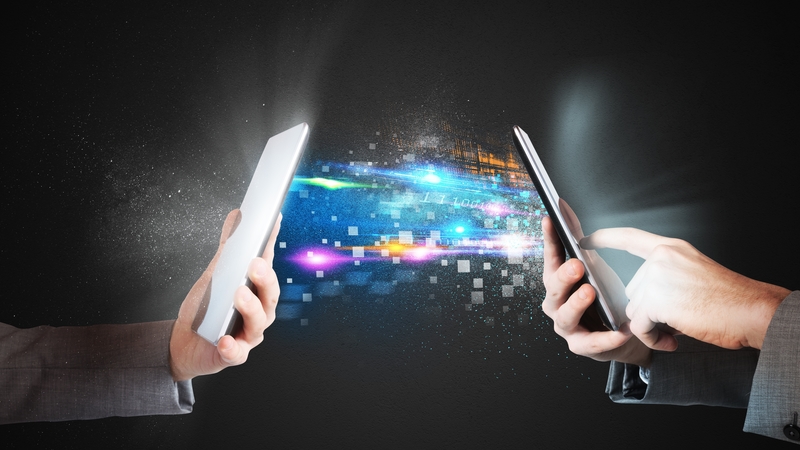 For years, people have been connecting their computers and laptops to television screens via a HDMI cable. This is useful when, for example, you’re giving a presentation or meeting, using content on your laptop. Or, perhaps you want to stream an online video or movie directly from your computer, but don’t want to watch it on a small monitor. Fortunately, Google have given us a better way of doing things.

The Chromecast is a small device that you plug directly into the HDMI port on the back of your TV, the same place that you'd previously have used to connect your laptop directly via cable. The other end of the very short cable connects to the circular Chromecast's body. As soon as you’ve completed this simplistic setup, you can use your smartphone or computer as a remote control, or share content directly from one of your devices onto your home television.

The Chromecast already supports an impressive range of sources, including Netflix, Amazon Video and YouTube. We’ll explain how you can get started, below.

If you've just purchased and set up a Chromecast for the first time, then you will need to download the Google Home app on your smartphone or tablet from the Google Play Store, or Apple App Store – both types of smartphone are supported. You’ll also want to plug your Chromecast into the back of your television, waiting for a large, on-screen prompt to appear.

When the prompt appears, launch Google Home on your smartphone or tablet and start the setup process. The application and the Chromecast will automatically detect each other through Bluetooth connectivity and should connect to each other.

Inside the Google Home app, tap on the icon at the upper-right hand side of the screen, which will display a list of devices that you have connected to your smart home setup. The Chromecast should be listed here, and there should be a unique identifier number, which should match the same one that is displayed on the television. Providing these matches, tap on the device to begin the setup.

The remainder of the setup process is quite straightforward, and both the application and the on-screen prompts on your television are very good at guiding you through. You can always give WiseGuys a call if you run into any unforeseen problems.

There are two ways to stream content to your television, remotely. You can use your smartphone or tablet, or you can use your desktop or laptop computer. However, the smartphone and tablet experience is far more polished and refined, and the clear winner of the two options for us.

How to stream from a smartphone

Taking advantage of the built-in streaming option for compatible applications is incredibly straightforward. All you need to do is find an application that has this functionality build in, and download it to your smartphone or tablet. Once you're done, and once you've opened a video that you'd like to share to the TV, just click on the Chromecast logo, which is a small television screen with a Wi-Fi icon beside it. The range of applications supported at the time of writing include:

One of the best things about the remote casting from a smartphone is that it doesn’t rely on you having a powerful smartphone. All the processing power is contained within the Chromecast device itself, so you won’t be restricted from being able to use it if your smartphone is old and outdated.

How to stream from a computer

To cast content from your computer to your television, you will need to be using Google’s own internet browser, Google Chrome. Providing that you’re browsing on Chrome, when you want to send your screen to the television, just right-click on the page and select ‘Cast’. If this is the first time you’re doing so, then you’ll need to confirm a dialog before you can proceed.

Casting your computer’s stream to a television comes with several options; you can choose whether you just want to display a single tab, or whether you want to send your desktop-only for example, and you can control whether or not audio is sent along with it.

In terms of watching videos on your TV, the smartphone experience is most certainly the better of the two. With the wide range of applications available, most video subscription services can be accessed from your phone, meaning that you can lay back, relax and use your phone as a single remote to control all the content on your television in a few simple clicks.

If you’d like any help in getting a new Chromecast set up for use on your television, then you can reach WiseGuys on 0808 123 2820. We’ll help to guide you through the process of getting set up, and can troubleshoot any problems you may have with your smartphone or computer.