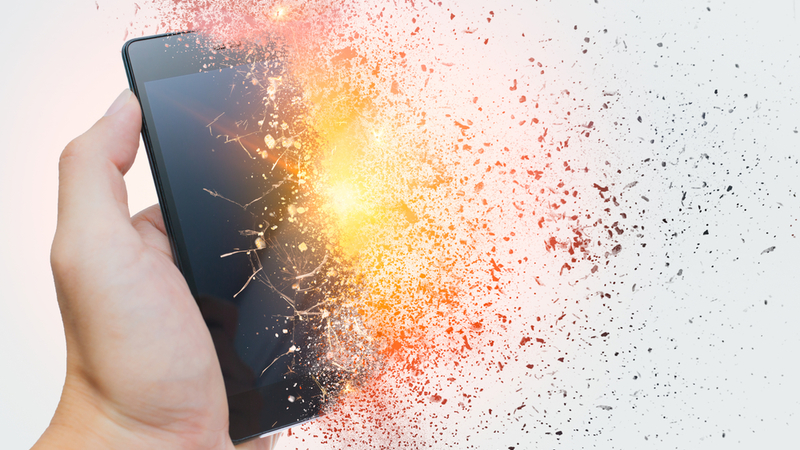 One unfortunate owner of the iPhone X, released around this time last year, had a nasty surprise when it came to updating the system software on his smartphone. After updating his iPhone X to iOS 12.1, the latest software update available from Apple for iPhones, Rahel Mohamad found that his device began to heat up and emit smoke. The user from Washington, USA reported the defect to Apple via their Twitter social media page, including several photos of the affected device following its meltdown.

Mohamad reported the problem to Apple on social media, stating, "This year early January I bought the iPhone and have been using it normally." According to Mohamad, he had connected the device to an official Apple charger when it began to download the latest iOS update (12.1). The charger in question was the 30-watt USB-C power adapter that's included with the device out of the box, and manufactured by Apple directly.

Mohamad reported unplugging the phone from its charger and picking it up, before realising that it was "very hot" to the touch, which caused him to immediately drop the device. Moments later, the smartphone reportedly began to emit smoke. According to the user, "Dark grey smoke started coming from the phone (…) The update was completed and as soon as the phone turned on it started to smoke and caught fire."

The photos shared on Twitter show the extent of the damage, in which the temperature within the device appears to have melted directly through the device's screen, as well as shattering the tempered glass chassis on the rear of the smartphone.

When contacted via Twitter, Apple responded directly to Mohamad's claims that his device had malfunctioned in response to a software update, something that's likely to alarm anybody updating their phones to the latest software version on a regular basis. Apple said, "That's definitely not expected behaviour. DM (Direct Message) us so we can look into this with you."

Some people who got involved in the discussion on social media speculated that the problem could have been caused by a flaw in the device's lithium battery. However, there have been no other known reports of the iPhone X battery overheating or catching fire. That said, it wouldn't be the first device from the popular range of smartphones to experience issues; earlier this year, a number of people needed medical attention when an iPhone 6S battery overheated in an official Apple store in Zurich.

What can cause a battery to malfunction?

Batteries can overheat, or in rare cases explode, due to a number of reasons, which can include simply being manufactured incorrectly with defects. For example, there was a huge recall of Samsung's Galaxy Note 7 a couple of years ago when the device begun to spontaneously burst into flames. This was a huge issue that even led to airlines banning the device from being stowed within passenger luggage.

However, outside of manufacturer error, which is extremely rare, there are other factors that can lead to overheating or worse. Physical damage can impede the integrity of a battery and lead to problems, as can leaving a battery charging for an excessive period of time. Check out our recent post on why you should never leave your smartphone charger on indefinitely.

Though the iPhone X wasn't as popular as many of the other iPhones to have been released in recent years, we'd have expected to see more reports of the above problem if it was widespread. It seems unlikely that the software update iOS 12.1 would be responsible for this problem with Mohamad's battery, but if you're worried, it may be worth waiting until the update has been available for longer, and thus tested by a greater volume of users.

If you're looking for a new battery for your smartphone to extend its lifespan, then WiseGuys can help. Get in touch with us for an informal chat or to book in your replacement, on 0808 123 2820.