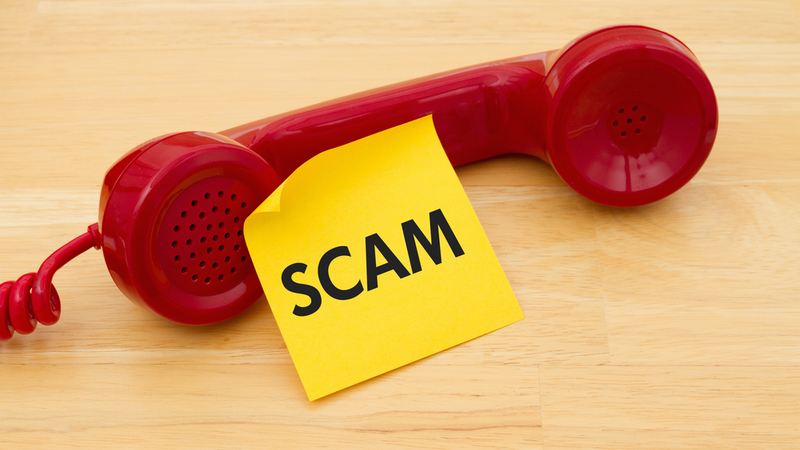 Although many of the scams that we report on target people from around the country, there will often be scams involving phones, texts and emails that are more localised to one region of the UK. In the case we’ll look at below, there’s a new scam doing the rounds that has been reported by numerous residents of the Isle of Wight.

What the scam involves

This current phone scam involves the receipt of a call where the caller identifies themselves as a representative of the Telephone Preference Service (TPS). The TPS is a register that exists within the UK, populated by residential telephone numbers whose owners have explicitly stated that they do not want to receive calls of a sales or marketing nature.

The important thing to note is that the service is free of charge, paid for by the marketing industry. All organisations making outbound sales and marketing calls must screen their call lists against the TPS by law, to ensure that they are not contacting these people unless they have provided prior consent.

However, recently the trading standards department within the Isle of Wight Council have reported numerous instances of Island residents receiving calls from somebody claiming to be from the TPS. During this phone call, the person on the other end of the phone claims that there will be a charge for using the service moving forwards. Bank details are then requested from the customer so that the charge can be paid for. Of course, at this point, the caller would attempt to use these details for fraudulent purposes and to steal money from unsuspecting victims.

Concerningly, many of the people who still have a landline connection within the home and who use the TPS are the elderly. This age group is often also the most susceptible to phone and email scams, so there’s a real need to ensure that people living on the Isle of Wight are made aware of this scam.

Other threats to Island residents

Whilst we’re looking at the topic of scams targeted towards Isle of Wight residents, there are some other scams to be aware of that have previously been identified by the island’s Council; each of these are detailed on their website, but we’ll provide a brief overview of some of the more worrying, below.

Early last month, residents on the Island reported being the victim of another phone scam, where the caller falsely identified themselves as representatives of HM Revenue and Customs (HMRC). As usual, the goal of the fraudsters was to obtain payment details from unsuspecting victims, and these calls resulted in numerous reports being made to the police. As with the above scam, you should never provide these details to an unknown caller over the phone.

Another phone scam exists whereby callers pretend to be from Southern Water, claiming that residents owe debt payments running into the thousands. Although the company is real, this is a scam and no payments should be made, nor details provided. If you're unsure as to whether you owe money to the company, Google their number and call them directly to raise any questions you have.

Outside of telephone calls, there have also been reports of Facebook and WhatsApp accounts being taken over. Once acquired by a scammer, messages asking for PayPal payments to be made are sent to contacts within the victim's address book. To avoid your account being hijacked, you should avoid clicking on any unknown or strange links from within your messages, and never input your username and password into third-party forms.

If you have any questions about the scams above, or you think you might’ve been targeted by a new scam not listed here, let us know. If there’s a new scam doing the rounds, then we’ll post it on our site to warn other potential victims. To get in touch with WiseGuys, you can call us on 0808 123 2820.