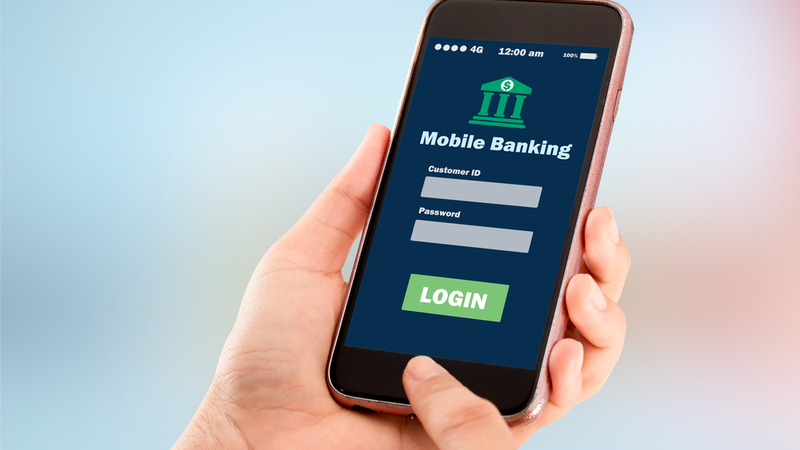 Smartphones are becoming more and more capable by the day, allowing a great deal of control over a range of personal accounts, such as utility bills, taxation, shopping purchases and more. Most of the mainstream banking institutions within the UK, such as NatWest, Barclays and Santander, now offer mobile applications that allow you to manage your money on the go.

Soon, we could see mobile app banking overtake online banking in popularity, much like online banking gradually overtook going in-branch to manage your accounts. According to a large industry analyst, CACI, around 22 million people used their smartphone to manage their bank accounts in the year 2017. What's more, it's predicted that 1.5 times that number will be using their phone to carry out their banking activities online by the year 2023; this represents a huge 72% of the whole adult population of the UK.

This rise in the popularity of online and mobile banking hasn’t gone unnoticed by the major UK banks, with the majority now closing high street branches at a rapid rate. For example, at the start of this month alone, RBS announced their intention to close 162 branches. For smaller towns and villages, this can mean being without a local branch for many miles.

So, as we begin to lose the cornerstones of our high street after many hundreds of years, what are the risks at the front of your mind? Below, we’ll look at some facts around online and mobile banking security.

Banking on your mobile phone is not necessarily any more dangerous than logging into your financial accounts on your computer. However, the key lies in how you conduct yourself and how well you look after your phone and personal credentials. Below, we’ll highlight just a few of the potential points of weakness to be aware of.

If you use the wrong kinds of websites, particularly without a virus program running, then the likelihood is that you're going to pick up some suspect malware (malicious software) on your computer. Though smartphones are currently less exposed to malware, the likelihood is that mobile viruses will become more widespread in future.

Android phones are currently seen as being more exposed to such malicious software, given that applications can be downloaded from third party sources without having to be approved by Google; Apple on the other hand, are very strict around what access developers have. With either phone, the key is to avoid clicking on suspicious links, filling in untrustworthy forms with your personal information, or downloading suspicious applications.

Using a trusted mobile application for a major UK bank is generally safer than logging directly into a mobile browser. With a large team of developers behind the product, and a great deal at stake in terms of financial fines and loss of reputation, these types of applications are typically very secure. However, smaller and newer start-ups are beginning to release products that link with your bank account.

For example, you may have heard of several recently-launched savings apps that round up your spare change and deposit it into an ISA. Most will ask for your online banking login credentials to facilitate the process. In most cases, the high street banks are yet to confirm whether they condone this behaviour, which could leave you exposed to monetary loss if these smaller companies suffered a security breach, for which your bank may not reimburse or support you.

Until such technology is proven, you’re generally better sticking to known applications, especially when it comes to financial accounts. Unless backed fully by the banks, you should probably be wary of giving your online login credentials to a third-party company, regardless of the positive reviews they may have garnered online to-date.

As we have previously discussed, free WiFi is now provided at thousands of hotspots throughout the country, in restaurants, airports and other locations. However, these free WiFi access points can easily be impersonated by fraudsters to capture the transfer of packets between devices. These tiny pieces of information carry your login credentials and other personal information from one device port to another, and if intercepted, a third party could potentially access these details.

It's good practice to avoid using these hotspots for anything beyond basic browsing. If you’re logged into a public network, then you should avoid conducting any high-risk activity, such as logging into your online bank accounts.

The future of personal banking

According to the CACI research mentioned above, it's predicted that by the year 2019, mobile banking will finally overtake internet banking in terms of the number of consumers actively using the service. Our main concerns around the decline of high-street banks and rise of mobile banking is for those people who don’t use smartphones or prefer to conduct their financial matters in person.

What are your thoughts on the rise of mobile banking popularity? If you have any concerns you’d like to discuss with us, then you can reach WiseGuys on 0808 123 2820. We can also help to guide you in setting up your phone to access your online accounts, or help you to set up mobile contactless payments.