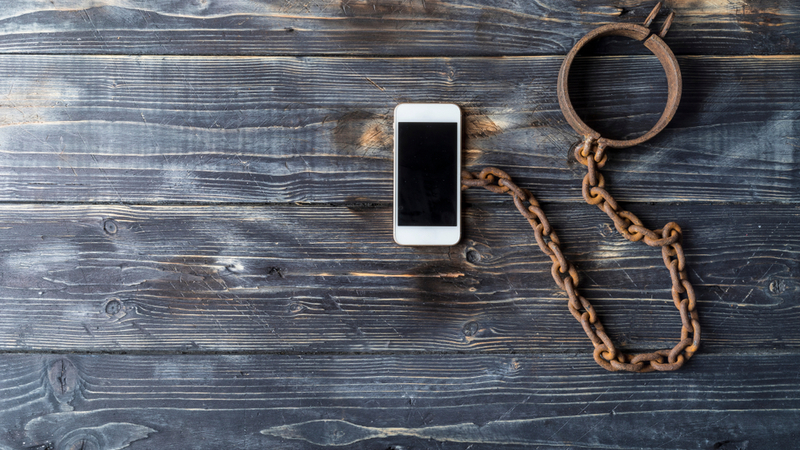 We're all spending an increasing amount of time on our smartphones, tablets and computers. But how long is too long, and could there be any negative implications on health that we've yet to discover in earlier generations? It's easy to forget that we've only had smartphones for little over a decade.

Which is why the National Institute of Health has been funding a high-profile, $300 million research project into the effects of technology on children. And the study, which is currently monitoring 11,000 nine and ten year old children, has revealed some surprising findings for those who spend a long time glued to their screens.

Initial findings from the research

Findings from the research study have indicated a premature thinning in the affected users' brain cortex, after researchers scanned the brains of nearly 5,000 children taking part. This part of the anatomy is responsible for processing information from the world around us, and is essential for basic functions like memory, perception, and language.

Ordinarily, this part of the brain thins naturally as we age. However, this premature thinning could lead to a deterioration in cognitive abilities and perception, according to the study's findings.

Researchers also found that children who spend more than 2 hours per day glued to a screen end up scoring lower than those who don’t on tests around language and thinking.

However, doctors involved in the study have warned against drawing any early conclusions from the results that have been produced so far. According to one such doctor, “It won’t be until we follow them over time that we will see if there are outcomes that are associated with the differences that we’re seeing in this single snapshot.”

Other studies highlight the extent of smartphone ‘addiction’

According to another recent research study, which looked at responses from 2,000 Britons, one in ten of us can go as long as 3 days without speaking to another person face-to-face due to the rise in the popularity of smart technology.

More than half of the respondents believe that they are having fewer human interactions and conversations today than they did just 5 years ago, despite 72% of those surveyed believing that face-to-face interactions are the best way to get to know somebody.

Do you agree with the findings of this research study, or do you think that technology only brings positive benefits to our lives? Are you keeping an eye on the amount of screen time you and your family have each week?

If you’re concerned about the time you or a family member is spending attached to their device, then there are apps you can use to track their activity. Screen Time is Apple’s answer to device usage monitoring, and you can read about what this application can do for you in a previous article we’ve posted. For Android users, there’s a slew of digital well-being features built into Android OS 9 and later.

To highlight how easily we can let our device usage get out of hand, we’ve shared a screenshot of one of our editor’s smartphones, below. Though he’s never paid much attention to the app, Screen Time highlighted how he’d spent nearly and entire accumulative day on his phone over the preceding 7 days. Clearly, it’s easy to let your usage get out of control.

If you’d like to chat to WiseGuys about the digital well-being apps available to you, or how to set up greater parental control on your children’s devices, then give us a call on 0808 123 2820 and we’ll be happy to help.