Police Powers Allow Forces to Skim Data from Your Phone 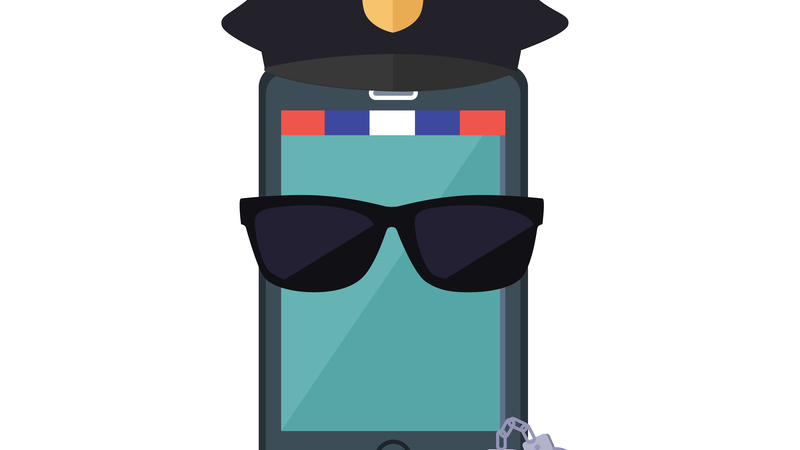 There have been many past stories in the news about law enforcement agencies – both within the UK and abroad – attempting to gain access to a criminal or victim’s device, particularly in the case where a victim has passed away. Until recently, these agencies were not always successful in their bids, which were often blocked by companies such as Apple, who use incredibly tight security to keep third parties out of their smartphones.

However, police forces across much of the UK have been discreetly releasing technology that will give them more power to eavesdrop on the contents of your phone, without the need for a warrant. At the time of writing, this technology is already being used by a minimum of 26 UK police forces.

How does it work?

The devices analysis can literally be performed at an appropriately-equipped police station, and isn't only reserved for those who are charged of a crime. Suspects, victims and even witnesses to crime can all have their devices skimmed for information that may be relevant to solving a crime.

More shockingly, they can also get hold of passwords, as well as logs of any conversations that have taken place in encrypted applications. WhatsApp is an example of an encrypted chat app, which encodes your messages so that they cannot easily be intercepted by a third-party hacker or eavesdropper. And yet, they’ll now be retrievable by police forces, meaning that those private conversations may not be as private as you once thought.

As mentioned above, the police don't even currently need a warrant to carry out a device extraction of this type, potentially placing the privacy of everyday citizens at risk. One member of the Home Affairs Select Committee, MP Naz Shah, made a valid comment on the issue:

“If police want to search someone's house, then they have to get an arrest warrant, but there is less information in a house than on the phone, which contains crucial information about conversations.”

What's more, the data pulled from a device could sometimes be deemed as being excessive. For example, the Metropolitan Police has previously confessed that even when just a single photograph is needed for investigative purposes, the entire catalogue of photographs stored within the phone is downloaded. The instructions specifically state that the technology will "obtain all data of a particular type, rather than just the individual data that is relevant to a particular investigation".

So, although you may be happy to help combat and investigate crime, and though you may not have committed any crimes yourself, you may still have sensitive, personal or embarrassing photographs or other information on your device that you don’t want shared with other parties. Unfortunately, you may not have the luxury of choice if placed in this position.

In addition to no warrant being required, there are also no concrete rules around how long police forces can retain the data for. However, documentation leaked from the Metropolitan Police 3 years ago highlights that data could be required for an indefinite period lasting many years.

Campaigners for personal privacy have already begun to call for changes to be made to the law, which aim to make forces obtain a warrant before they can use such data extraction methods.

Of course, if you’ve committed a crime, then it’s understandable that you’d lose your privacy in this respect. Unfortunately, there could come a time when you must hand over your device for investigative purposes. If you have any other concerns about your privacy, then you can speak to WiseGuys for advice on 0808 123 2820.