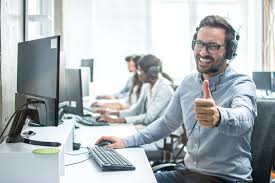 Yesterday, Ofcom put forth a new range of measures that should bring greater fairness to mobile phone customers. These measures will mean sweeping changes to the terms and conditions associated with phone contracts, as well as reduced costs being passed onto customers.

And so far, all but one of the major UK networks have agreed to reduce contract charges when a lock-in period ends. Read ahead to find out more about the changes.

As it stands, many customers with a mobile phone contract end up paying high monthly fees even after their actual handset has been paid off. According to research referenced by Ofcom, customers are paying a combined £182 million a year more than if they were to switch their contracts after a lock-in period ends.

As part of these changes, networks are agreeing to improve transparency around contract terms. Some of these changes include sending customers alerts when their contract expires, and banning contracts where handsets are tied-in for longer than 24 months.

Ofcom also challenged the mobile industry to make changes to customers’ phone bills, which has resulted in most providers pledging to reduce their charges:

Unfortunately, Three are the only network that has thus far refused to make any concessions to those customers who go beyond their contract, meaning these people will continue to overpay.

“Our research reveals a complex mobile market, where not everyone is getting a fair deal. So, we’re introducing a range of measures to increase fairness for mobile customers, while ensuring we don’t leave existing customers worse off. All the major mobile companies – except Three – will also be reducing bills for millions of customers who are past their initial contract period.”

Supposedly these changes will all be in place by February 2020, so if you’re out of contract some time after that date, you should benefit from reduced charges compared to the original contract. Of course, you’re still free to upgrade or buy a new handset at this point, too.

If you’re looking for a new handset right now, WiseGuys might be able to help you. Get in touch with us on 0808 123 2820 to see what stock we’ve currently got in our Bournemouth and Christchurch stores.