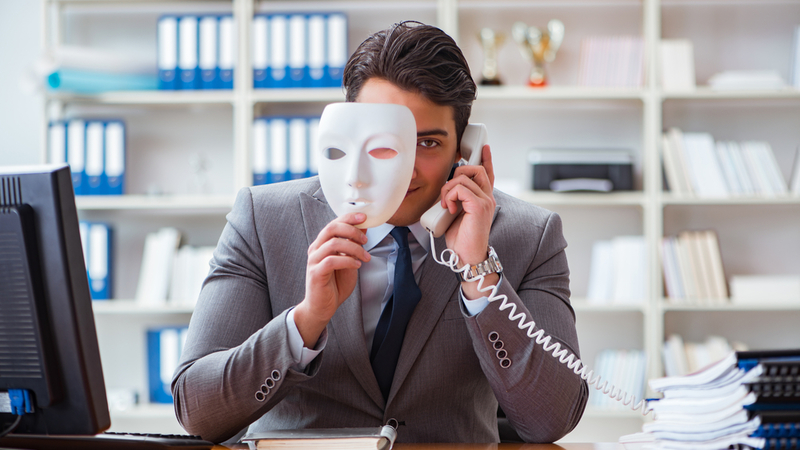 We've previously highlighted on more than one occasion how scammers can spoof a phone number to make themselves appear to be part of an official, trustworthy organisation. This scam involves criminals imitating a real phone number associated with an official company, in order to gain your trust and draw you into a trap. In the past, we've seen how scammers posed as NatWest officials over text message, making their own malicious messages appear to come directly from the bank.

Now, in a sophisticated scam that has affected at least one local resident, scammers have succeeded in spoofing the official Dorset police number. For anyone unfamiliar with this scam, there could be fewer numbers that you'd expect to trust more. We explain more about the scam and the victim, below.

Victim was cold-called by scammers

The scam started for one Dorset-based victim when they received a cold call from a fraudster who pretended to be a representative of the HMRC (Her Majesty's Revenue & Customs). The scammer used two different phone numbers to orchestrate the con, which were 02032861973 and 03002003310. The victim was told that they would need to pay £4,900 or be faced with legal action to recover the money.

The initial calls were followed up by another call from the number 01202 222222.  In this particular case, a friend of the victim did the sensible thing whilst they were on the phone, searching for the number online.  A quick Google search reveals this number to be the direct dial for Dorset Police. Worringly, the first two results on this search engine direct to the force's website, including the page regarding fraud, so there's nothing to immediately suggest that you're not speaking to the police on this number.

Fortunately, the victim in this story did end the call to investigate further and subsequently didn't end up losing any money as a result of the attempted con. However, they came close to becoming a victim and had they trusted the results of their initial online search, the outcome of this story could've been very different.

Looking for the warning signs

In most cases, there are red flags that you should pay attention to when dealing with what could be a scammer. They're not always easy to spot, particularly when the criminals use smoke and mirrors to hide their tracks, like when a number is spoofed. However, one major red flag for the above scam is in the numbers that the scammer used to make the initial cold calls.

The first number we listed out above (02032861973) points to a malicious third party when searched through Google or another search engine. Numerous other potential victims have reported this number across several websites, highlighting the same experience. According to reports, an automated message from a computer demands payment of a large sum of money, impersonating HMRC.

The second number (03002003310) is less obvious. A quick Google search reveals that it does indeed point to the official HMRC website. However, it also appears to be a common mask for scammers to use when hiding their real number. Again, hundreds of users online have reported receiving threatening and malicious calls from this number that clearly haven't come from the real HMRC.

In a nutshell, you should always be wary of somebody who calls you on a number you're not instantly familiar with, especially when demands are made for large sums of money. Always remember:

If you've got any concerns about keeping yourself and your hardware secure, then you can get in touch with us for more advice. Remember, as much as you need to be on guard for scams, you also need to ensure that your computer and mobile devices are looked after and not exposed to malicious threats. If your hardware is long overdue a virus scan or has begun to slow down, then you could benefit from having it checked over. For more information, contact WiseGuys on 0808 123 2820.