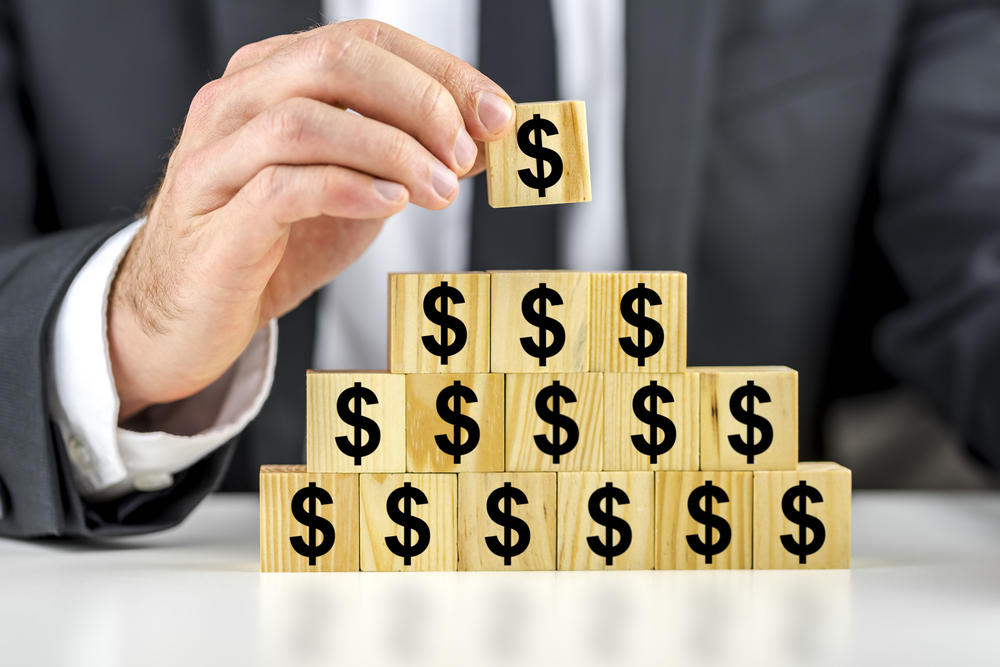 Scams that go viral can take many forms. In some cases, it’s a cleverly-disguised email or web page that wants to steal your data. Alternatively, it may be something that’s disguised entirely differently, which is what we’re going to discuss below. Masquerading as a legitimate means of making money, a pyramid scheme is currently doing the rounds on social media sites like Facebook and through WhatsApp, encouraging you to break the law to make money – but to some, it could sound too good an opportunity to pass up.

What are pyramid schemes?

Pyramid schemes are business models that cannot be sustained like a normal business; in fact, they don’t produce any goods or services, which is why most people will often refer to them as a scam. The basic concept is always similar to that highlighted above, where each person that’s recruited into the scheme must recruit 2 or more people beneath them. Those people then go on to recruit 2 or more people themselves, and the scheme grows exponentially downwards, hence the name.

You might find yourself asking why these schemes succeed in attracting people who will willingly pay the ‘entrance fee’. And the answer is much the same as anything; people will often see opportunities to make money that are too good to be true and take them, which is precisely what a pyramid scheme is.

The video that may land in your inbox looks a little like the below images. It walks you through the process of getting involved in the pyramid scheme, which involves paying £160 to the person in the centre (Harrison in this example), which gets you added to the next outer ring of the pattern. Once the final ring has been filled, the pattern – called a ‘fractal’ here – splits in half and everybody moves up a level.

When you’ve progressed to the centre of the pattern, the idea is that you’ll receive a total of £1,280 in payments from everybody else beneath you in the pattern. And all for very little effort, short of recruiting enough people to fill out your section of the fractal.

But the bad news is that although it may sound like easy money, it’s not as simple as it sounds. Whatever happens, you should avoid getting involved with a pyramid scheme, as you could stand to lose a lot more than a couple of hundred pounds.

In many countries, pyramid schemes are considered illegal, including here in the UK. By participating, you’re almost guaranteed to lose money. In fact, official advice published by the UK government advises that nine out of ten participants will lose money.

And it gets worse. In this recent viral scam, you’ll note that at one point, the ‘fractal’ shape splits apart, pushing lower members closer to the top of the pyramid. If you end up in this position and promote the scheme, then you could find yourself in hot water with the law. Anybody who promotes or operates these schemes can be prosecuted under the Consumer Protection from Unfair Trading Regulations 2008. Screenshot of the viral video as seen on Facebook

The bottom line is that you should ignore or block any messages that are sent to you asking you to join a pyramid scheme. If they come from an unknown sender, then don’t bother replying. What’s more, the government recommend that you report anybody who promotes these schemes as they’re so likely to lead to loss of money. Bear in mind that if a friend or family member sends you a link to a scheme like this, it doesn’t necessarily mean that they’ve been hacked or have malicious intentions. They might just need some education in the reality behind pyramid schemes.

If you’d like to keep up to date on the latest WhatsApp and other scams, then keep an eye on our blog. We keep this page up to date with the latest scams, viruses or security breaches that could affect your personal devices or personal security in general. Alternatively, get in touch with us on 0808 123 2820. We are a Which? Trusted Trader and could help you with custom device coverage that can safeguard your tech if the worst should happen.