What is Momo? Everything you need to know 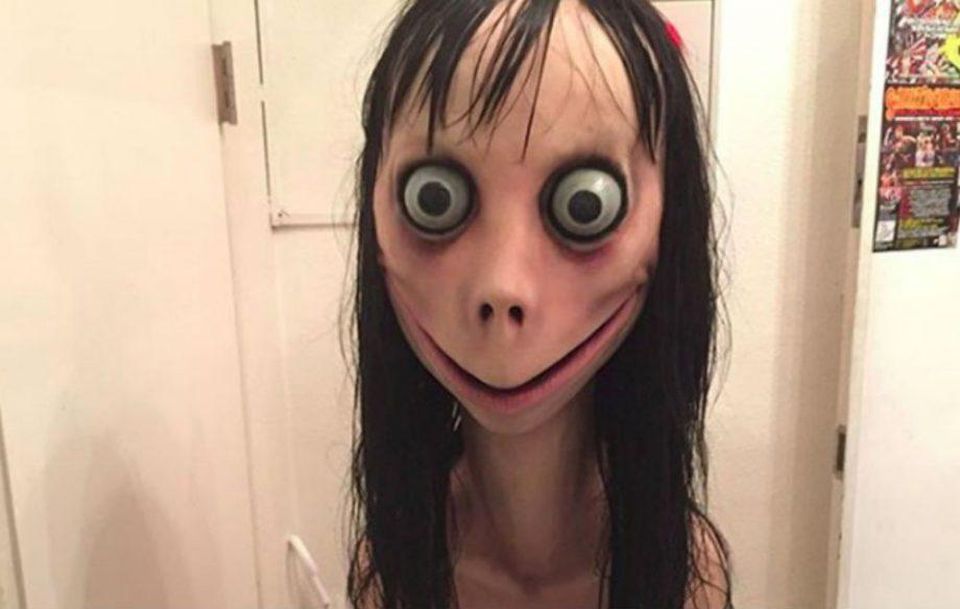 Over the past couple of weeks, you’ve more than likely seen a reference to something called ‘The Momo Challenge‘, either on social media or via the news. Usually accompanied by the warped face of a girl with unusual features, it has spooked adults and children alike. But what exactly is it, and should you be worried? We’ll explain everything you need to know, below.

If you grew up with the internet in the early noughties, then you have probably received a chain mail before. Starting out as an anonymous email, the traditional chain mail typically promises you horrible luck, or some other adverse event, unless you forward the message onto a group of your contacts.

Though the internet has evolved, the basic concept of a chain mail still exists, and this is precisely what the Momo image is, albeit evolved for a modern audience.

Rather than simple plain-text email messages, ‘The Momo Challenge‘ is one of a growing trend of ‘challenges’ circulating on social media and video-sharing websites, which are in fact sinister attempts at getting strangers to harm themselves or others. The ‘challenges’ usually start out with mundane tasks like trying to wake up before a specific time, as seen in this case. However, they escalate rapidly into more unusual and alarming requests.

Crucially, it’s important to remember that these challenges are merely a modern form of chain mail. And it’s essential that you don’t allow the power of viral marketing to let you get carried away. As a ‘chain mail’, this challenge relies on people spreading the image far and wide so that it will affect more people, who will in turn share it, too. Thanks to the power of the media, this challenge is gaining more traction than it should be allowed.

Essentially, it’s a dangerous trend that could cause some real harm if people buy into it, but there’s no grounding behind the concept. This is not a character that exists due to some legend or urban myth; it’s simply a spooky image that has been created and allowed to spread through the reactions of worried parents and other groups online. Your best action is to understand it rather than share and proliferate it, so that you can protect your kids without contributing towards the viral effect.

‘The Momo Challenge’ is not the first of its kind

Let’s look at another ‘challenge’ that arrived on the scene in around late-2016. Called ‘the Blue Whale Challenge’, this was a similar concept in which several sinister individuals encouraged youngsters to complete a range of 50 different tasks that scaled in severity. Ultimately, they culminated in a participant being encouraged to end their own life.

This challenge was said to originate in Russia. And on the 27th February 2017, a Russian news site reported that the challenge was linked to 130 teen suicides in that country. However, many sources point to the fact that there’s a huge lack of evidence linking the challenge to more than just a couple of deaths, if any.

However, the challenge gained notoriety owing to the viral spread of online information. If we look at the Google Trends analytics shown below, you’ll notice that there was an enormous spike in activity around the term ‘Blue Whale Challenge’ during this period. However, it has since dropped off the radar and it’s likely that many of you have never heard of it, or don’t remember it. But what you’ll also notice from the trends graph above is that there was never any such thing searched for online before it became a viral trend. In other words, this is little more than a brief internet fad, designed to scare children. There’s no grounding in any urban myth or legend.

It’s important to remember that this latest Momo trend will follow the exact same pattern. Though it’s certainly an unsettling image, it will likely be forgotten about within a month or two as the people who created it move onto another trend.

How your children could encounter the ‘challenge’

There are currently 2 different ways in which the challenge is spreading. The first is triggered by looking for a ‘Momo’ contact number online, before sending a message over text or via WhatsApp. This leads to a conversation in which the anonymous recipient replies with alarming images, encouraging the sender to complete basic or even harmful challenges.

The second method involves originally harmless videos from YouTube having the Momo image spliced into them, with the audio being hijacked to issue instructions to watchers. Because the creators are using lengthy videos and masquerading as kid-friendly content, the thumbnail images don’t suggest that anything is wrong with the video before you start watching.

In terms of safeguarding your children, you needn’t change much about your usual parenting habits. We’d recommend that you don’t allow lengthy periods of unsupervised internet access, as there are equally unsettling videos lurking on an unrestricted YouTube channel. So, if you’re going to allow the kids access to a YouTube channel, be sure to lock it down with parental controls. Alternatively, limit the content that they can watch to an official channel, such as Disney for kids.

And when it comes to texting unknown numbers found through the internet, well that’s just common sense – it’s something that kids shouldn’t be doing full-stop, challenge or no challenge. Essentially, this challenge will pass, but we need to ensure that children are developing good habits online to keep themselves safe. And this includes not contacting strangers online.

If you need any help at all in setting up parental controls online, or through a mobile device, then get in touch with WiseGuys on 0808 123 2820 and we can walk you through it.