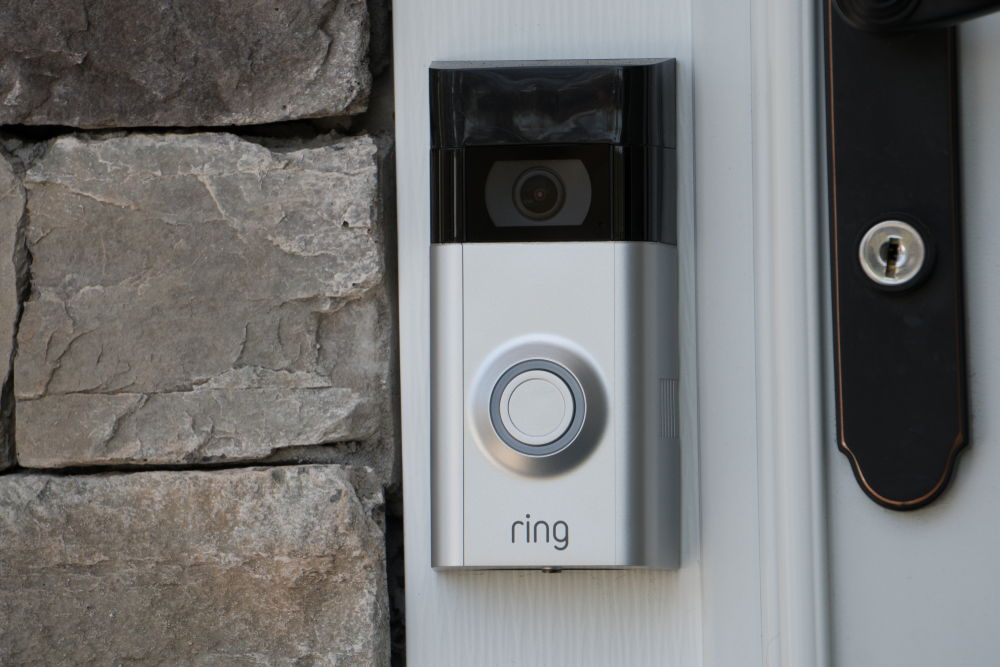 If you’re building an automated home around Amazon’s ever-changing smart home technology, then you might be interested to hear what the company is doing in the US with regards to the Ring video doorbell. The retail giant has begun to partner with an increasing number of law enforcement agencies, allowing access to recorded video footage.

You may have seen ‘Ring’ mounted on the doorframe of a home before. It is name given to a popular smart home surveillance camera that is routinely used in place of a doorbell, as well as being the name of the parent startup company who created the device. The company was then acquired by Amazon, reportedly for around £700 million. Owing to the increasing frequency of Amazon parcel thefts, the company promotes the device as a way to deter or even catch criminals.

The Washington Post recently published a report that revealed how there are now 400 video-sharing agreements in place between Amazon and various law enforcement agencies across the United States of America. This nearly doubles some previous estimates that were made with regards to how widespread the practice was.

According to The Washington Post’s report, this number was worked out from Ring’s company data and it is the first ever evidence-backed figure to be released around the agreements that have been put in place to encourage the sharing of home video with local law agencies. Previous estimates stood at around 200 following a Freedom of Information Act (FOIA) made by Vice, a Canadian-American magazine.

Such partnerships usually involve law enforcement agencies setting up ‘neighbourhood portals’ within communities, with Ring surveillance cameras donated by Amazon and handed out to residents. The portal would then allow police agencies to request footage when they think it could be useful for official investigations. Users can either accept or deny a request, as well as opting out of future requests for footage to be handed over.

Why this news may concern you

Some agencies like the ACLU (American Civil Liberties Union), which campaign for individual rights, have already voiced concerns about the future of this technology and its potential for intrusive breach of privacy. The ability to marry together this kind of camera hardware with facial recognition technology is already feasible, and Ring has reportedly already considered integrating this kind of tracking software into its cameras in 2018, something that generated a lot of controversy.

Additionally, the magazine that originally submitted the FOIA request, Vice, recently acquired documents that indicate how Amazon has handed over coaching templates to law enforcement agencies for when they need to make footage requests. The company has also supposedly offered advice to officers on how to improve opt-in rates and encourage cooperation.

But what’s concerning is that more recent developments, revealed in a report by Gizmodo, show how Amazon is updating police departments on whether or not users have accepted or denied their footage requests. And the company has mused over whether this kind of behaviour could lead to whole communities being considered as uncooperative.

‘Even if Amazon gives police stats about a community and their acquiescence rate to providing police footage, even if they don’t have your individual information, I think that still has the ability to tar a community as being uncooperative with police. And that could have ramifications’

As of yet, this practice isn’t taking place outside of North America, but given the reach of Amazon’s services internationally, it could be just a matter of time until we see similar agreements popping up in the UK.

There are loads of other devices in the smart home ecosystem, too, like Amazon’s own Echo range. These voice assistants can link together with other devices like lighting, thermostats and more. If you need help getting started and learning how your smartphones fit into this ecosystem, get in touch with WiseGuys on 0808 123 2820.