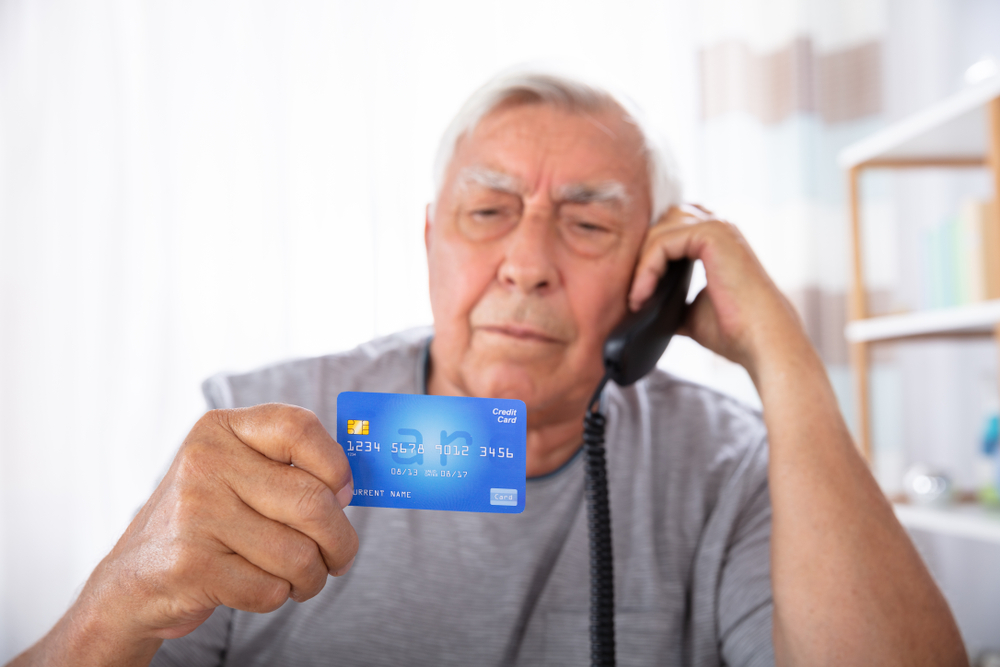 Last week, two elderly Dorset residents, who live mere miles apart from one another, lost thousands to fraudsters in the same day. Both were victims of a fairly unsophisticated scam that’s been around for a while, but with so many of us having elderly family members in the area, it pays to watch out for these fraudsters.

The first victim was a 90-year-old man who lives in New Milton. He received a phone call from somebody who claimed to be a representative of his bank, and who told him that he was going to receive a new bank card. The caller asked whether he’d like to continue using the same PIN code that he had for his current card. Whilst on the call, the victim was coerced into handing over his PIN. The same day, a fraudster arrived at the man’s home address and collected the existing debit card from the victim. He handed over gift cards in exchange. And later that day, the stranger withdrew £500 from the victim’s account.

Later that day, and a little to the North in Ringwood, an 85-year-old woman fell victim to the same scam, though lost out on a larger sum of money totalling £1,190. Two days later, on Thursday March 14th, a 92-year-old man near Winchester again fell victim to this scam, losing £500. Police believe the first two scams are linked, and are currently investigating the possibility of the third being linked, too.

Protecting your friends and family

Let’s face it, you could probably see this scam coming a mile away. Banks never ask for your PIN number and they certainly wouldn’t send somebody out to retrieve your card. But to more vulnerable members of society, as is evident from these instances above, the truth can sometimes be harder to decipher. And so its up to us to safeguard those vulnerable people and ensure that they’re wise to the tricks that scammers use to try and take their money. Remember to let your elderly friends and family know that:

Elderly members of society are generally more susceptible to telephone-related scams or those that involve fraudsters operating in person, as they’re less likely to be heavy users of mobile phone applications or social media accounts. Back in January, it was reported in local media that the North and East Dorset Rural Police had seen an increase in reports of ‘HMRC scams’. These tactics involve scammers calling victims to demand tax payments, whilst threatening arrest for non-payment.

It’s important to stay vigilant and remember that scams are always coming and going, or evolving. This isn’t the only telephone scam circulating, and it certainly isn’t the cleverest, but there will always be somebody who falls victim to fraudsters. If you’d like any more tips on keeping yourself and your nearest and dearest safe and secure, then get in touch with WiseGuys on 0808 123 2820 and we’ll be happy to help.