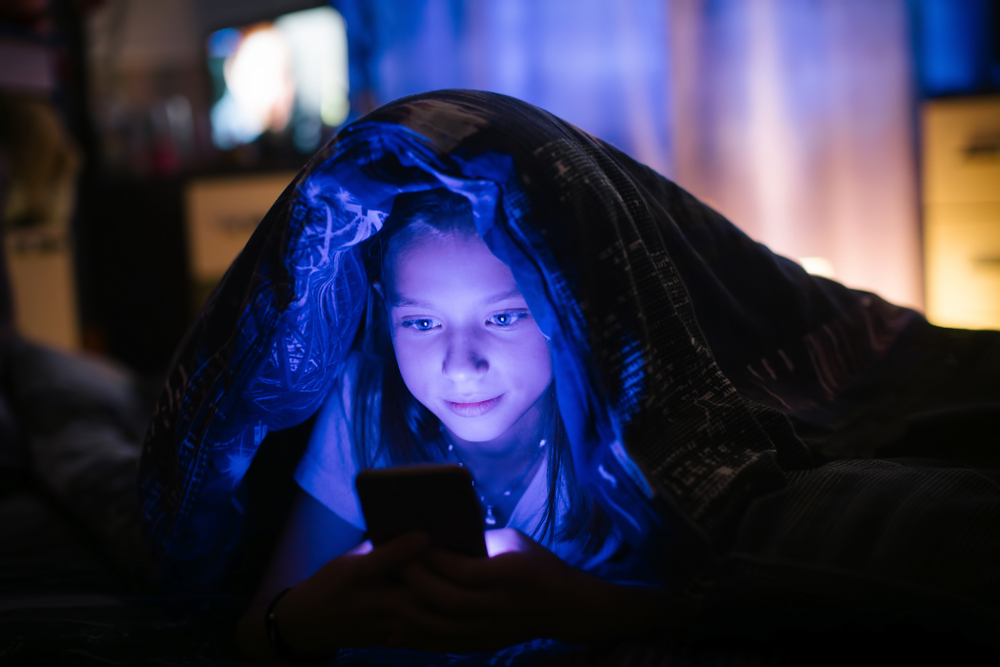 There’s no denying that young people today are more obsessed with their devices and social media accounts than ever before. And as any parent will testify, it’s not uncommon to see teens spending hours glued to their phone before going to sleep. But did you know that this device addiction could be costing them valuable sleeping time that’s critical for development and motivation durng your young adult life?

According to a new study by Loughborough University and University College London, the smartphones and tablets that your children keep beside their bed could be disrupting the amount of quality sleep that they get each night. Based on the study, children who are glued to their devices for hours have also been seen to be less physically active, whilst losing hours of sleep during the night.

The joint study examined key metrics within the younger age groups, including the amount of ‘screen time’ – time spent looking at a device – that each child had, as well as their sleep patterns and physical activity levels, based on something called the Millenium Cohort Study of 2016-2016.

Authorities in England are yet to issue guidelines around the amount of screen time that is deemed ‘healthy’ for children, though in Canada this number is 2 hours or less. And as you might expect, the results of the study highlight how little more than a fifth of 14 year olds are keeping their usage below this level.

When you look at the data provided for a cross-section of 4,000 UK children, more than three quarters of 14 year olds were using their devices for over 2 hours per day. The data goes on to highlight how around 40% achieve the recommended levels of exercise each day as set by the NHS.

The risks of ‘blue light’

No, we’re not talking about the emergency services here. Different colours of light can have different effects on the body; blue wavelengths are beneficial during the day for example, as they boost alertness and reaction times, as well as having the potential to improve mood.

But equally, the result of these wavelengths means that blue light can impact your body’s natural ability to shut down for the night. As blue light is emitted by smartphone and tablet screens, it’s easy to see how these devices could impact on your quality of sleep.

According to a Dr. Czeisler of Harvard Medical School, daylight helps to synchronise your internal body clock with the environment, with each person having a ‘circadian rhythm’ of around 24 hours. But it has been found that exposure to light suppresses the release of melatonin, the hormone responsible for helping to control your circadian rhythm.

So to summarise, using your devices late into the night, especially while lay in bed, could be harmful to your natural sleep cycle and result in a poorer quality of sleep.

Fortunately there are ways to limit the screen time of you or your kids using features built into your smartphone. For example, we published something back in April that showed you how to cut down screen time on iOS. There are other features built in that can help you do so, as well as custom features on Android for doing the same.

For advice on how to set these up, get in touch with WiseGuys on 0808 123 2820. We can show you how to reduce those late night hours your kids spend hiding under the duvet with a device.