Some of the biggest selling games so far 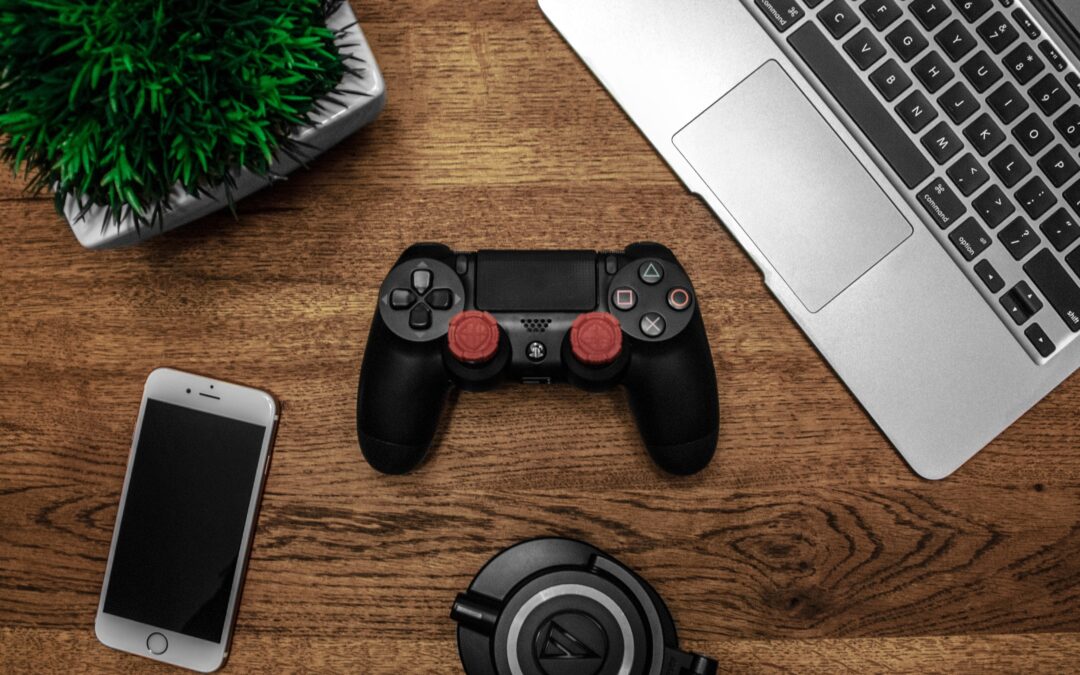 The arrival of PS5 and Xbox Series X in November 2020 gave us a first idea of ​​what next-gen games will be like. The launch titles weren’t particularly numerous, but it is worth remembering that the year just ended was in some ways a year of transition from the old to the new gen, not to mention the many postponements and all the problems related to the global situation.

But, now that COVID-19 is easing and new titles are coming in every month, we are here to find out: what are the best selling games of 2022?

Elden Ring is a thrilling adventure that proves once and for all the enormous talent and creativity of From Software.

This time, however, to the traditional formula of Soulslike games, Elden Ring adds an incredible open world component, which entices the player to explore and discover every corner, every secret of this world.

Also, unlike previous titles, here it seems that the player is left a little more free to experiment with their characters from a build point of view.

For the rest, those accustomed to the brutal difficulty of From titles, will find bread for their teeth, although the title is the most “accessible” among those proposed to date by the developers.

Discover our complete guide to finding the best weapons.

Tunic is an adventure and exploration game that brings to mind Zelda, especially the recent remake of Zelda Link’s Awakening for Nintendo Switch.

Clean and colorful graphics, a control system calibrated to the millimeter, a not indifferent level of difficulty are the salient features of this game, developed by a small independent team.

As a little fox, we will have to explore the world around us, defeat various enemies, solve puzzles and find the pages of a magical manuscript that hides more than one surprise.

To make the atmosphere even more irresistible, is the use of an unknown language, which somehow we will have to “understand” to move forward.

It is currently only available for PC and Xbox.

The long-awaited return of Master Chief, first released in multiplayer mode only (free), saw the arrival of the single player campaign on December 8, 2021.

Players will return to explore the Halo in a more open world title, with some interesting gameplay innovations such as the grappling hook.

Available on Xbox and PC.

A new first-person shooter focused on cooperation, from the writers of the beloved Left 4 Dead.

And it is no coincidence that we mention this seminal title, in fact Back 4 Blood is practically his spiritual heir and, for many, it should be considered as the real third chapter of the series (although for various reasons it is not).

Once again, we will have to face hordes of zombies in the company of friends or other unknown players, but with some new features, such as the possibility of upgrading the characters through unlockable abilities with a system of cards to collect.

The Ascent is an isometric action RPG with a Cyberpunk setting. The game is somewhat reminiscent of Diablo.

The game mechanics are very combat oriented, with a good deal of weapon customisation.

Graphically, the game is quite impressive, even and especially when we consider that it is an indie product, for better or for worse. In fact to date it suffers from some optimisation problems, and on PC it has some problems in DX12 with RTX 3000 cards, but it seems that a patch is coming.

The game is available on PC and the Xbox platform, plus it made its Game Pass debut.

Knockout City is a competitive online multiplayer game, developed by Velan Studios that aims to bring the less popular sport of dodgeball to the world of video games, and thus to the masses.

Arrived on May 18 on PC (Steam and Epic Games Store), Days Gone puts us in the shoes of motorcyclist Deacon St. John, a bounty hunter looking for a reason for living in a land full of death.

A zombie / infected themed open world that we can explore riding our trusty motorcycle, fighting hordes and hordes of deadly creatures, creating equipment and equipment or collaborating with other players.

Released exclusively for PS5 on April 30th, the Housemarquee title doesn’t compromise: Returnal is a rogue-like third-person shooter that will make you sweat every single fight.

With procedurally generated scenarios, the definitive death of the protagonist that forces the player to start over with each game over, Returnal focuses on a punitive and, at times, frustrating difficulty, but it is also adrenaline-pumping and engaging.

Thanks to exceptional graphics and sound and virtually zero loading times, this title will delight anyone looking for a challenge worthy of the name, with an excellent sci-fi setting that will see us survive in an alien and hostile world.

Recommended for all hardcore game lovers.

Among the various contents proposed, such as new challenges and new equipment, it will be possible to enjoy different cut contents, interesting behind the scenes and much more.

The expansion is downloadable by owners of Borderlands 3 Ultimate Edition or Season Pass 2, but is also available for purchase separately.

The game is proving to be fun and fast-paced, albeit plagued by a few bugs and problems in cross-platform co-op mode.

Probably the next patches and some expansion designed for those looking for a higher level of challenge could make Outriders one of the top titles of 2021.

The Kingdom Hearts saga on PC

On March 30, the historic saga of Kingdom Hearts lands on PC, the popular action jrpg by Square Enix that sees the unusual union of the Disney universe and the most beloved characters of the Final Fantasy saga.

Released on March 30 for PS4, PS5, Stadia and PC, Disco Elysium: The Final Cut is the definitive edition of the popular and atypical narrative RPG that has convinced gamers and critics alike.

As a detective with some … extraordinary skills, you can experience the adventure your way, through a series of moral choices, personalized dialogue paths and much more.

An action and exploration game that combines a very original aesthetic, tracing the style and imagination of the 80s, with suggestive graphics and spectacular animations.

One of the most anticipated games of 2021, at least by fans of the long-running Capcom series has finally arrived on Switch.

The welcome was very warm and it seems that fans are already in raptures.

After the “spin-offs” of Monster Hunter World and Iceborne, Rise presents itself as an impressive experience, more accessible than previous titles but able to offer long-time players and “freshmen” a valid, satisfying experience. and respectful of the legacy of the series.

Graphically, the game impresses on Nintendo’s hybrid, with a solid and stable frame rate.

If we really want to find a fault, it is the lack of a consistent end-game, but we are sure that other content will come to flesh out the game in the future.

A colorful, fun and full of fun ideas and wearable costumes game, directed by Yuji Naka, the historic lead programmer of Sonic the Hedgehog.

Balan Wonderworld, net of some technical uncertainty, and a lack of originality, will be able to give many hours of fun especially to the little ones.

Super Mario Bros. 3D World arrives on Nintendo Switch on February 12, thus receiving a second chance to shine, after the unfortunate release on WiiU. To date, it’s arguably the best multiplayer experience ever created by Nintendo for Mario. Plus, the addition of Bowser’s Fury is a very welcome plus, and it’s a fun little game about the mustachioed plumber that will delight any Super Mario fan.

In this second episode, the developer Tarsier presses on the accelerator in the fright sector, making the player experience a real, little nightmare. While the less-than-fluid combat and frustrating platform sections might slightly compromise the experience, Little Nightmares 2 remains a delightful game in its own way. If you are looking for a unique and atmospheric horror game waiting for Resident Evil Village, you have found it.

The Medium is an interesting psychological survival horror that arrived on PC and consoles on January 28th.

As Marianne, a powerful medium, we will have to explore an abandoned hotel in post-Soviet Poland, to unravel a supernatural mystery that haunts her.

Bloober Team has packaged a game that pays homage to the classics of the survival horror genre such as Silent Hill and Resident Evil, adding a very original touch: in fact on various occasions we will control Marianne on two planes of existence at the same time. The screen will split in two and we will see her grappling with the real world and the spiritual plane, a kind of ominous and threatening Dante’s hell.

This feature will be essential to overcome the puzzles of the game and unravel the mystery of the Niwa hotel.

Unfortunately there is no shortage of defects: the story relies too much on collectibles to reveal itself to the player in its entirety (while remaining cryptic in some passages) and this is a considerable problem for the writer in 2021. Furthermore, the collectibles themselves can be lost.

That said, The Medium is a title that cleverly plays with horror, without falling into clichés like jumpscare. The discomfort and horror will be genuine and the game will terrify you on more than one occasion.

If you are a Game Pass subscriber, you can play it for free, alternatively you can buy it for PC and Xbox Series X / S.

Hitman is a series well rooted in time. And this third chapter of his new course actually enters the next gen.

With breathtaking settings, really beautiful graphics to look at and a mechanics still firmly linked to what we have become accustomed to in previous episodes, with some welcome news, Hitman 3 is a title that must absolutely be tried by lovers of the saga and stealth games in general.

Despite limited replay value, the ability to resume progress from Hitman 2 is a feature we really enjoyed.

Scott Pilgrim Vs. The World: The Game

Released on January 14, 2021, Scott Pilgrim Vs. The World: The Game marks the comeback of characters from Bryan Lee O’Malley’s comics and the film of the same name.

Originally released in 2010 on Xbox 360 and PS3, the game was removed from stores due to copyright expiration.

The announcement by Ubisoft of his return has been very positively received by fans, so much so that the manufacturer Limited Run Games has sold 25,000 copies for the Nintendo Switch on the first day of pre-orders alone.

For those unfamiliar with it, it’s a fun scrolling beat ’em up with pixel art graphics, inspired by the famous classic River City Ransom, with music created by the chiptune / punk band Anamanaguchi.

In the game, you will be able to impersonate Scott, Knives Chau, Ramona Flowers and many other characters, with a progression system similar to that seen in action rpg, all devoted, however, to the classic arching action.

A real must for fans.